Husband of recently evicted BBNaija season 6 housemate, Tega has revealed that he feels broken by her actions in a recent chat with Tunde Ednut.

The husband of evicted housemate, Tega told Tunde Ednut that he did not expect her actions in the BBNaija house and they came as a shock to him. The interview was conducted via Instagram live on Monday, the 6th of September 2021. 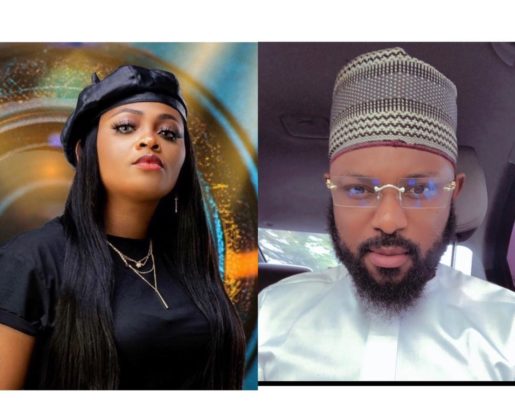 Tega and her Husband

During the interview, he also revealed that he has not spoken with Tega since her exit from the BBNaija house. The evicted housemate was spotted in compromising situations on more than one occasion with Boma, another now evicted housemate. Tega was widely condemned for disrespecting her marriage, but she told Ebuka during her post-eviction interview that it was all a script they were playing.

READ ALSO: "I Miss My Husband" - Tega Explains Her Actions in the #BBNaija House | WATCH

Speaking to Tunde Ednut yesterday, Tega's husband claims not to have set eyes on her since her exit from the BBNaija house. In his words;

I told her to behave like a married woman before she got into the house. I was broken when I saw all that on Tv because I know where I’m coming from we are really responsible.

Tega is a very good girl but I wonder why she went there and did what she did. I can’t explain. I feel broken, my ego has been tampered with. I can’t even leave my house because of all the reports on the street. Tega was a God-fearing woman before she left. I don’t know what happened to the old Tega. 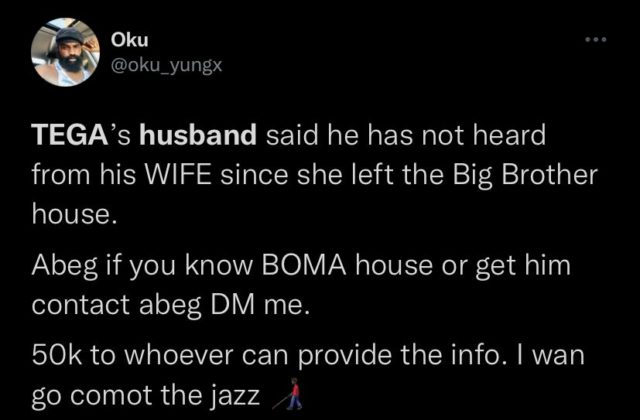 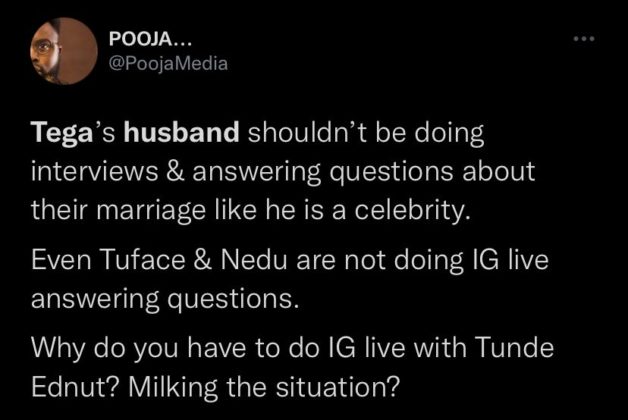 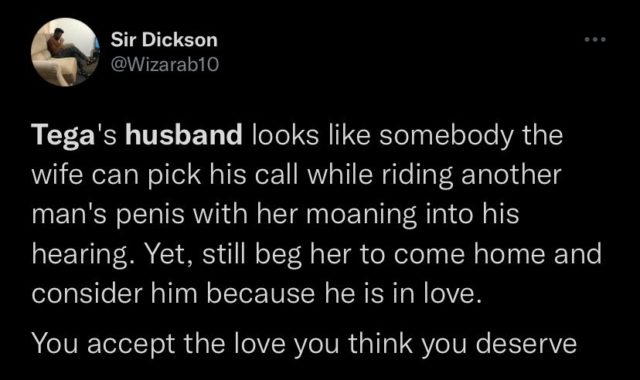 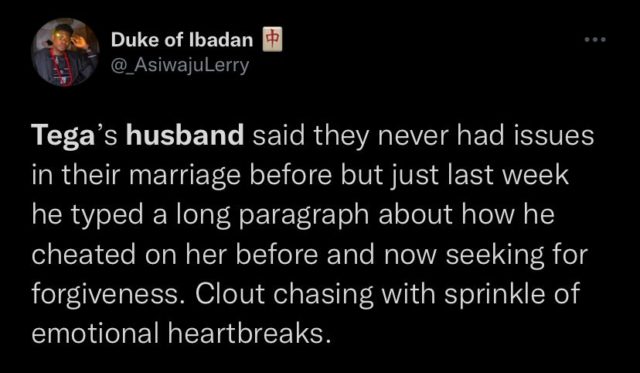