Tega, Peace, Michael, and Boma are the latest housemates to be evicted from the BBNaija house, after pulling the least votes in the latest round of votings.

Ebuka announced to the housemates during tonight's live eviction show that the housemates to leave the BBNaija house were Peace, Michael, Tega, and Boma. The show aired on Sunday, the 5th of September 2021. 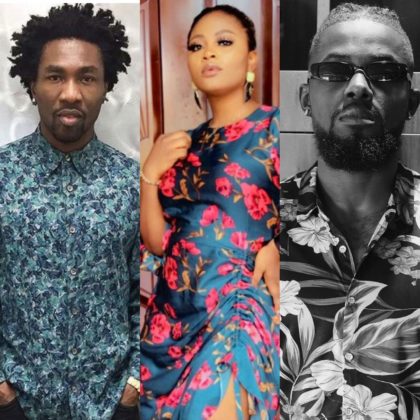 With the exception to the HoH, Jackie B and her deputy JayPaul, all the housemates were up for eviction this week. This fueled the competition between housemates this week as so many of them tried to play risky games to entertain the audience. Announcing the evicted housemates during the show, Ebuka first called on Tega's name for her to leave the house before declaring Nini safe. He then proceeded to evict two housemates in quick succession, Michael and then Peace.

After calling on Tega, Michael, and Peace to leave the house, Ebuka announced the next evicted BBNaija housemate to be Boma. This was not before he also announced that Pere was safe. This will not come as a shock to most people as they were expecting the evicted housemates to leave today.