Recently evicted BBNaija housemate, Saskay has revealed that she has not spoke with JayPaul since her exit from the house during the live show on Sunday.

Saskay revealed that she and JayPaul has not shared as much as a phone call since her exit from the BBNaija house. She said this during one of her media rounds on Friday, the 23rd of September 2021. 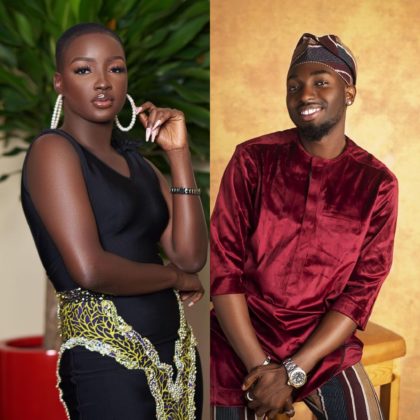 Saskay and JayPaul were known to be lovebirds in the house and she was even the recipient of a flower bouquet from him as a show of love while they were in the house. When she got evicted, she even said that she was looking forward to kicking things off with him.

READ ALSO: #BBNaija: Saskay Reveals Why She Did Not Believe Cross Liked Her | WATCH

Many BBNaija viewers expect Saskay and JayPaul to be an item even outside the house, after she rejected Cross’ advances to pitch her tent with him. However, Saskay says they’ve not shared as much as a phone call since her exit. In her words;

I know it sounds strange but I haven’t spoken to JayPaul ever since I left the house.

I haven’t called, texted or seen him. I feel like I have a lot to do and little time to execute my plans so I am focusing on me. And it’s like there’s someone else in the picture I am just trying to focus on me.