The Big Brother Naija (BBNaija) "Lockdown" reunion show has finally come to an end tonight, with a good number of reconciliations and we have all the reactions for you. 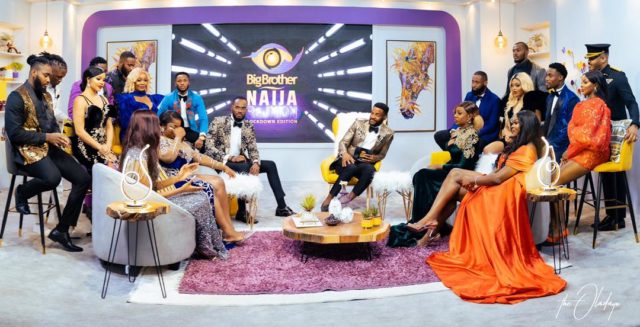 The BBNaija reunion show came to an end with the final episode aired on Friday, the 2nd of June 2021. Ebuka asked why there were so many relationships in the house and they replied to him saying the house was really cold. Ka3na also told Nengi that she doesn't hate her, but has a problem with how she flirts with all the guys. The housemates also discussed the pressure they met outside the house and how they handled it. Wathoni also said she was happy with the reunion show as she was able to clear the misconception that she likes men a lot.

READ ALSO: #BBNaijaReunion: Prince Reveals He Has Not Forgiven Neo for Calling Him Fake in the House

As the BBNaija reunion show drew to an end on our screens, a couple of the housemates went online to drop their final goodbyes to their fans. This was their final appearance on screen as BBNaija housemates. The new set of housemates will be entering the house later this month. Kiddwaya wished all his former housemates the best of luck in the future and stressed that they were all winners;

When timing and opportunity meet something magical happens. Thank you big brother. Good luck to all the housemates in the future. We are all winners 👏

Erica also went on her social media page at the end of the BBNaija reunion show, thanked the show organizers and wished her fellow housemates the best;

Thank you BBN for the platform, thank you my fellow housemates, I thank God for everyone of you, even the few I didn't get along with, I love you and I only wish you all that is good! Tomorrow isn't promised, we don't have to be the closest but no hate from my side, goodluck!❤️❤️ 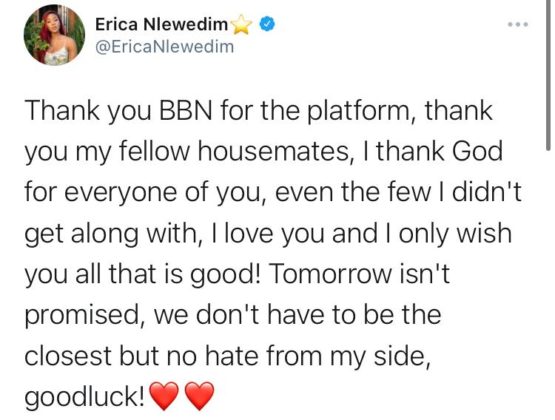 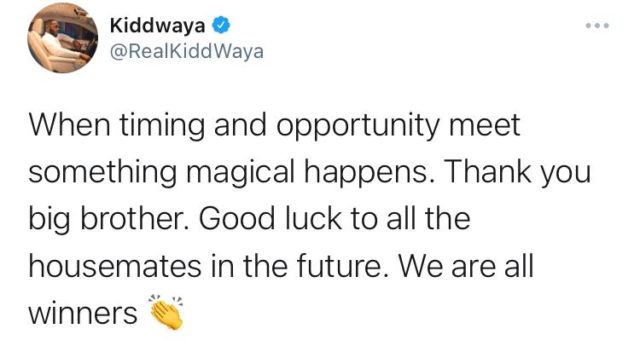