Boma and Tega were caught on video having moment in the BBNaija house which from the reactions, many could interprete to be sexual intercourse and foreplay.

The video of Boma and Tega having their intimate moment in the BBNaija house showed the two of them making movements under the duvet and the reactions show that fans have made their conclusions. This happened on Tuesday, the 31st of August of 2021. 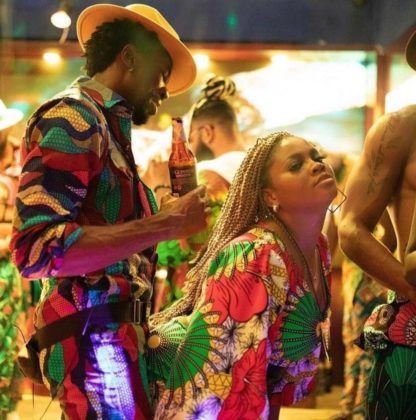 READ ALSO: Maria Opens up on Altercation with Queen | WATCH

In the reactions, some fans chastised Tega for her actions in the BBNaija house with Boma.

This life is actually comedy because of all people, Tega??? And no it’s not even because she’s married but because she’s always in people’s business and monitoring what goes on under the sheets. 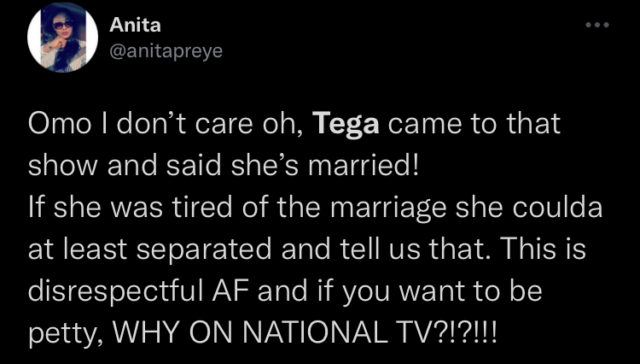 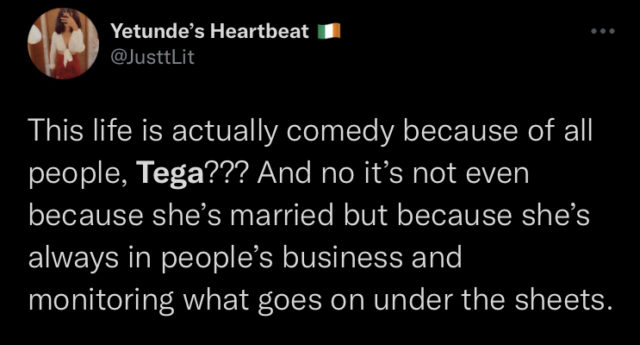 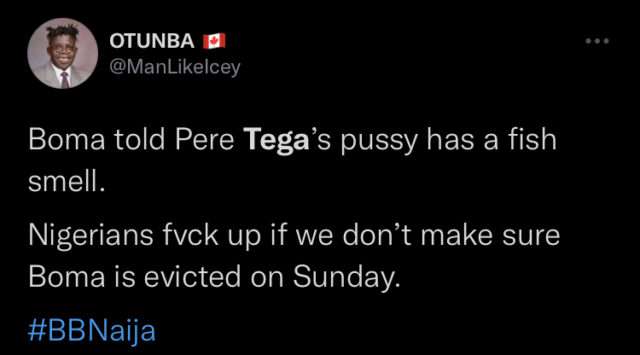 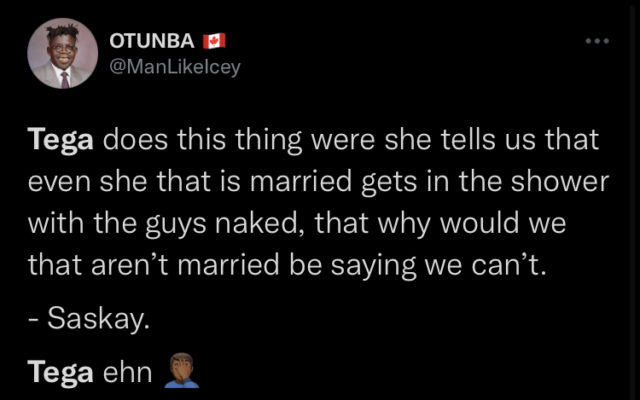 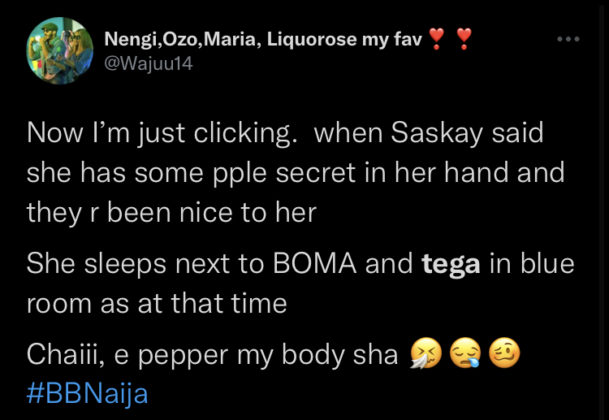