#BBNaija: Maria Opens up on Altercation with Queen | WATCH

Recently evicted housemate from the BBNaija season 6 house, Maria has finally opened up on her much-publicized altercation with Queen in a new interview with Naija FM.

In her interview with Naija FM, Maria said that half the time, Queen was the one attacking her in the BBNaija and she had no idea why. The interview aired on Tuesday, the 31st of August 2021. 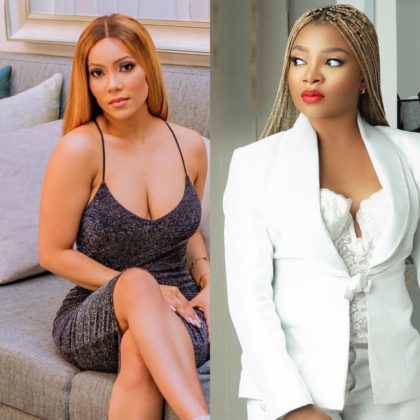 Maria said she would have said what she said about Queen having an impression about Pere to anyone if it was anyone else. She also said if her statement was an issue, Qeeun should have gone about it another way instead of attacking her. Asked about if there is a possible friendship between herself and Queen. Maria said No, that they destroyed it already in the house

READ ALSO: Maria Reacts to Pere's Claim of Them Being Intimate | WATCH

Asides from her visit with Naija FM, Maria also had another interview this morning where  she also discussed her relationships with housemates like Pere, WhiteMoney, and Queen.

Maria said Pere says a lot of crazy things and cited one example where he read her palm and told her that her relationship will soon crash. She also said that she confronted him after that and found out he was actually playing for the cameras.