Newly evicted housemate from the BBNaija Season 6 house, Princess has denied the rumors going around that her fans bought a car as a gift to her.

Princess was just evicted from the BBNaija house on Sunday and there were stories of her fans buying her a car for her taxi business. She debunked the story via her Instagram page on Tuesday, the 17th of August 2021. 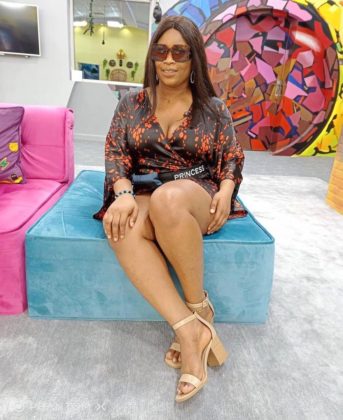 Princess shared a screenshot from a tweet that read, "Princess' fans gift her a new car to be using as taxi" along with the photo of the supposed car. She has now denied this, saying she doesn't know who started it, and begged the general public to ignore the fake story. Princess wrote;

This post is to debunk any news about fans getting Princess Francis a car, we don’t know how this started or the reason behind it, but we want to put this out here that it is a lie and plead with the general public to ignore this and ask blogs to stop posting fake information without raw facts.
Make Una buy me real car 🤣🤣
THANK YOU ALL FOR THE LOVE AND SUPPORT 🙏❤️. 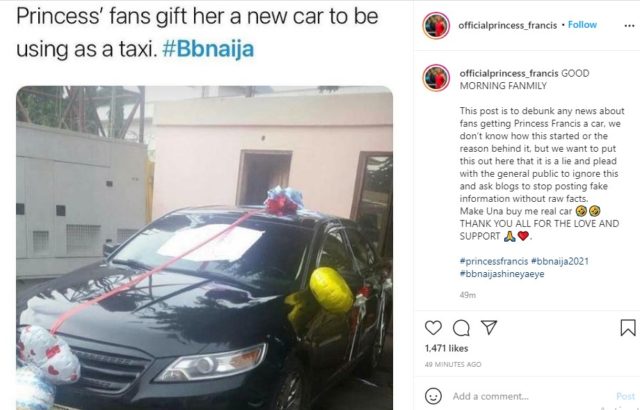 READ ALSO: Arin and Princess Have Been Evicted From the #BBNaija House!

Princess was evicted from the BBNaija house on Sunday along with Arin, and fans buying a car for their favorite housemates is not a new thing. It's no wonder why people fell for the fake story.