BBNaija season 6 housemate Pere has revealed how he plans to handle his issue with Saga, his supposed best friend who was exposed yesterday.

BBNaija season 6 housemate Pere has revealed how he plans to handle his issue with Saga, his supposed best friend who was exposed yesterday. He said this in a chat with Angel on Friday, the 17th of September 2021. 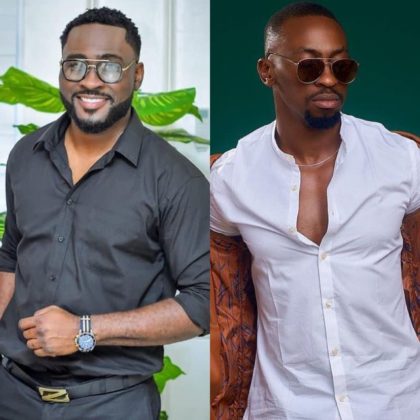 Pere and Saga have been best friends in the house for a while and they’ve shared a lot of time together. However, during an intimate chat with Nini in the HoH room last week, Saga outed his true feeling regarding his best friend.

This week, Saga disobeyed Big Brother by refusing to do a secret task he was assigned with. He was supposed to start a fight with Nini and stay away from her till his next diary session. Instead, he revealed the task to Nini the next day and subsequently got punished for it.

As part of the punishment, Big Brother called all the housemates together and showed them a clip of Saga saying bad things about Pere in the BBNaija HoH room. Pere revealed to Angel the next morning that he was indeed hurt but knows how to handle his supposed best friend. In his words;

“I’m an actor, Saga will never see me coming. Trust me, he wouldn’t see what I’ve planned.”