Pere has become the fourth housemate to be evicted from the BBNaija house on the final live show happening now as we await the winner.

Ebuka announced Pere as the fourth housemate to be evicted from the BBNaija house during tonight’s live show as we await the eventual winner. This happened on Sunday, the 3rd of October 2021. 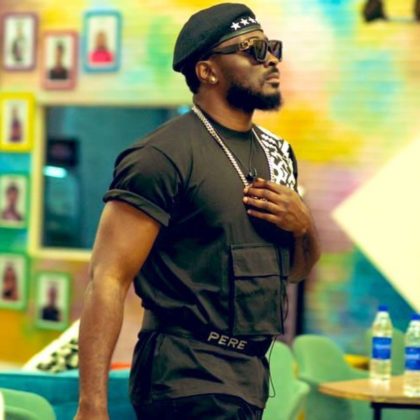 The BBNaija live show kicked off with a word from the in-house audience on which housemates they were rooting for to win. Then Made Kuti hit the stage to deliver the very first musical performance of the night. Emmanuel was the first housemate to be evicted from the house tonight, followed by Angel. Then Avala, a previous BBNaija housemate stepped on stage to perform before Cross was also asked to leave the house.

Speaking on stage after he got evicted, Pere told his fellow BBNaija wildcard, Maria, that he loves her. He said he wants to focus on Nollywood outside the house but is also open to other things.

BBNaija season 6 housemate, Pere is a 26-year old born in Warri who loves to sweat it out in the gym. He said he is not a fighter but he did not also come to sing “Kumbaya”.