One of the recently evicted BBNaija housemates, Niyi has revealed that the only person he could not connect with in the house was Pere.

Niyi revealed in a recent interview that he was not happy with the way Pere behaved in the BBNaija house, hence they could not connect. He was speaking to Legit TV in an interview that was published on Sunday, the 15th of August 2021. 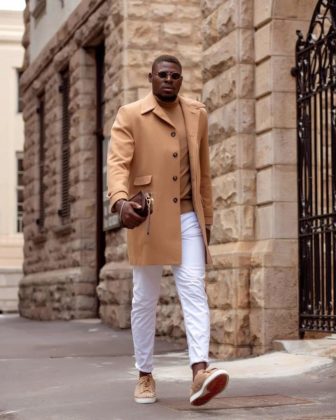 Niyi tod Legit TV's Abisola Alawode that his appearance on the BBNaija show was a test of his marriage. He said that his wife was very understanding and that's all that matters. In his words;

It was all positive. We come from a place whereby we support each other, irrespective of what it is. I think coming to Big Brother  was like a major test for our relationship, our marriage, and me as a person. But we were able to see the bright side instead of the negative side.

Niyi also told Abisola that he had a great time with all the BBNaija housemates, except for Pere. He said oil and water doesn't mix and they were not compatible in any way. Niyi tells Legit;

Everybody (in the house) have amazing personalities. I got to meet them, I got to live with them. They're wonderful people. The only person I didn't connect with and oil and water don't mix, is Pere. For me, I just feel people are different and maybe that's how he feels he could serve the people, but it doesn't sit right for me.