Just as he discussed with Princess earlier today, the new BBNaija HoH, Pere has asked WhiteMoney to vacate his duties in the kitchen.

Pere feels like WhiteMoney's strategy in the BBNaija house is cooking for the housemates, so he decided to relieve him of his kitchen duties. This happened on Wednesday, the 11th of August 2021. 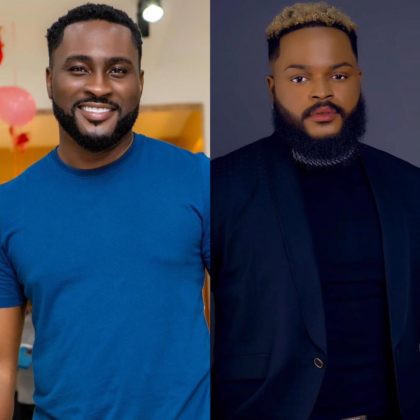 Pere told Princess that he wants her to take over from WhiteMoney in the kitchen, but she refused his offer. According to her, she doesn't want housemates who wouldn't normally speak with her to start getting familiar. Princess also refused the offer to become the house chef because it is a thankless job according to her, and most people can only criticize. Some don't even know how to light the gas.

In his reaction to getting kicked out of the BBNaija kitchen by Pere, WhiteMoney describes it as envy. He tells JMK and Jackie B in a conversation that the new HoH is simply jealous of him.

Social media has also reacted to Pere's decision, with many calling it a bad decision, given how the votes almost always root for the underdogs. Twitter user @ManLikeIcey had this to say;

Pere removing Whitemoney from kitchen duties will only generate more fans for WM but i won’t blame Pere sha, it’s a game and not a family union. If he thinks that’s WM’s strategy, it’s a nice move on a game level but this won’t stop WM from wining the show. 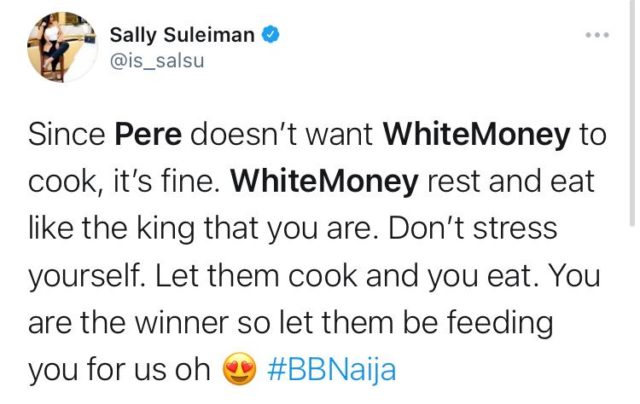 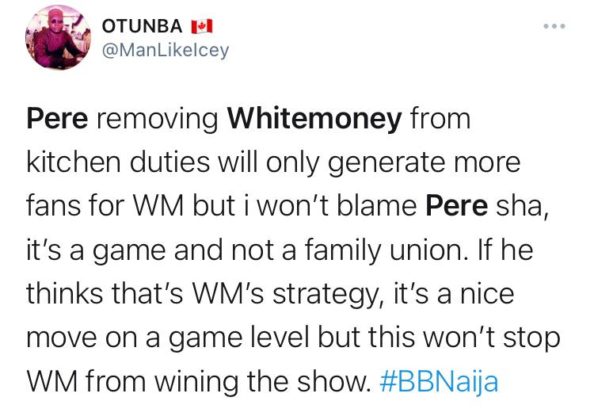 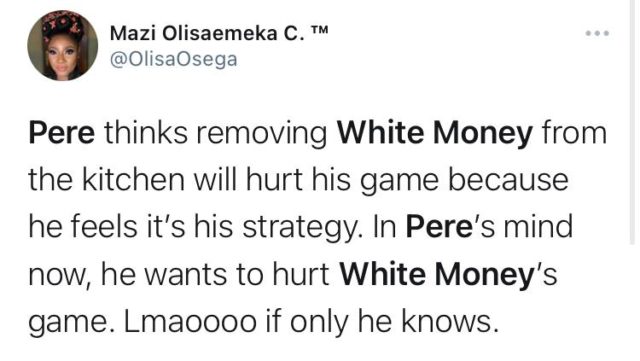 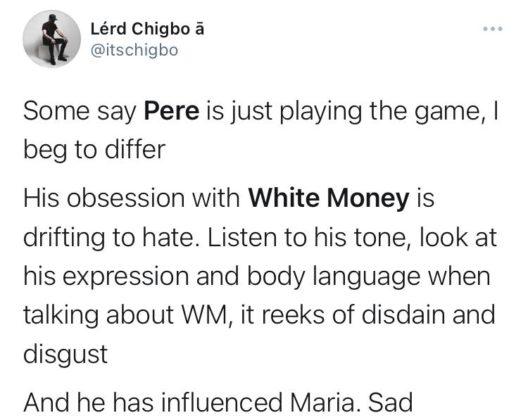 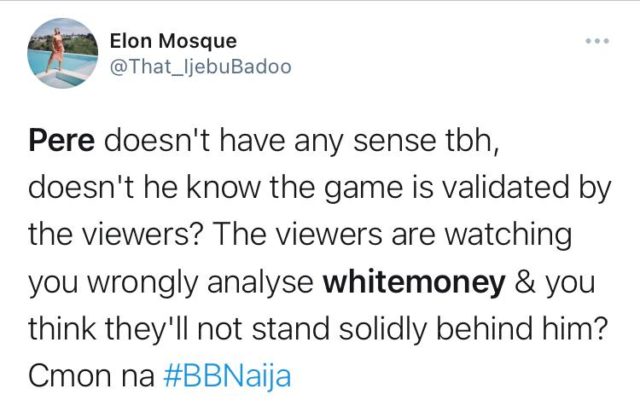