Saga and Nini have come out to defend the leaked clip of them gossiping about Pere one night in the BBNaija house, claiming they were just defending Maria.

The clip of Saga and Nini gossiping about Pere was leaked during the week after Saga failed a BBNaija task set for him by Biggie himself. Nini explained their actions in a conversation on Sunday, the 19th of September 2021. 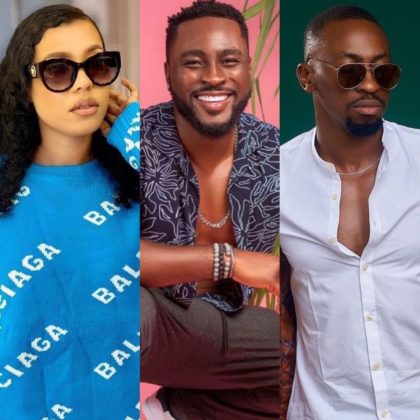 Pere and Saga have been best friends in the house for a while and they’ve shared a lot of time together. However, during an intimate chat with Nini in the HoH room, Saga outed his true feeling regarding his best friend. The clip was then played for the entire housemates one night as they all looked on in shock.

Defending their actions, Nini said she and Saga were only defending Maria and not bad-mouthing Pere as shown in the BBNaija house. She said;

Anyone can read meaning to that conversation we had about Pere, but I was just feeling bad for Maria. I’m not going to meet anyone to talk about it, if you have anything to say just say it to my face.

He kept on talking about what they did together and acting ignorant like he didn’t know what he was doing. I felt really bad for Maria, I was just defending Maria in that conversation.