The current BBNaija season 6 HoH, Maria was asked by Big Brother to nominate six housemates for fake eviction, and she did just that today.

Maria called all the BBNaija housemates for a meeting this afternoon and went ahead to call out the names for the fake eviction. This happened on Sunday, the 22nd of August 2021. 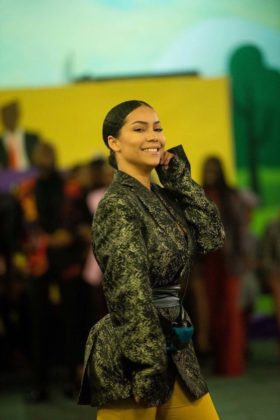 The housemates of course did not suspect that it would be a fake eviction as Big Brother told them Maria would be picking housemates for eviction. The housemates she picked were JMK, Angel, Pere, Yousef, JayPaul, and Emmanuel. Maria told them to pack their bags on order from Big Brother and they would be given directions on when to leave the house.

A lot of BBNaija fans assumed that Maria would pick Queen as one of the housemates for the fake eviction. This is due to their previous squabbles in the house and the fact that they don't like each other very much. Twitter user @kusssman says, "Maria saved Queen from eviction despite all the disrespect, a forgiving Queen I stan".