Maria has moved a step up from Deputy HoH last week to become full HoH this week, and she says she will not be picking Pere as her deputy.

Pere was the BBNaija HoH last week and picked Maria as his deputy, but she has decided not to return the favor and even explained why. This happened on Monday, the 16th of August 2021. 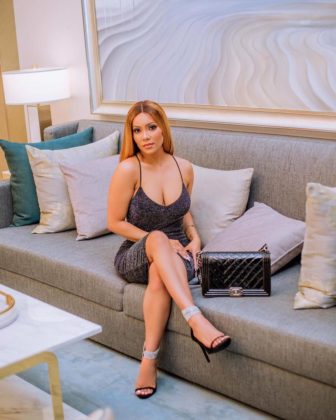 Pere's reign as head-of-house was eventful for all the wrong reasons. For one, he ruled with a strong hand and housemates did not take kindly to that. One of his first decisions as HoH was the removal of WhiteMoney from the kitchen, although Maria was in on that too. Pere said WhiteMoney cooking for the housemates was a strategy to obtain favour from the housemates and the outside BBNaija fanbase, which Maria agreed to.

Thus, Maria declined to pick him as deputy when she became BBNaija HoH, opting to go with Boma instead. As Maria told Liquorose when they were discussing strategy, she wants there to be peace in the house after a chaotic week, which also saw Kayvee exit the show today for health reasons.