BBNaija Shine Ya Eye housemate, Liquorose has revealed that she was not happy to see Pere and Angel return to the house after they were supposedly evicted.

Liquorose said when she saw Pere and Angel walk back into the BBNaija house on Monday, she was unhappy because it meant working harder. She said this during her diary session on Wednesday, the 29th of September 2021. 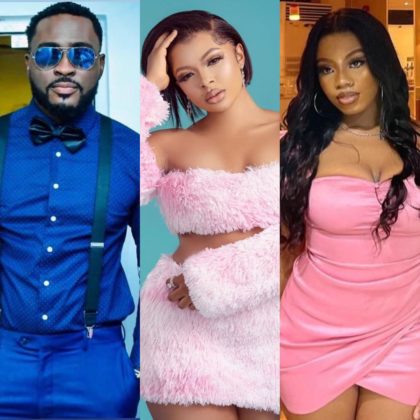 Pere and Angel were asked to leave the house during the live show but were not evicted like Saga, Nini, and Queen. Instead, they were taken to another section of the house and made to play a game named Trucks and Screws. Although they completed the game and Pere had a narrow lead, Biggie gave them both the opportunity to make up the final top 6 for this year’s show.

Liquorose told Biggie during her diary session that when she saw Pere and Angel walk back into the BBNaija house, she knew her chances just got slimmer. In her words;

In honesty am happy and unhappy at the same time. On one hand, I feel like I want them to be in the house then on the other hand the stake got higher with their return and I want to be the winner. So, with their return, It simply means that I have to step up my game.