The BBNaija Shine Ya Eye housemates have been thrown into a state of panic after they woke up at midnight to find Nini missing.

Nini was instructed to sneak out of the BBNaija house by midnight as a secret task and she was told not to disclose this to any of the other housemates. She left the house via a secret exit on Wednesday, the 22nd of September 2021. 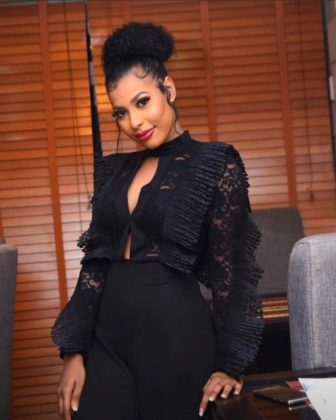 Nini broke down in tears during her diary session yesterday, claiming she was exhausted. Taking advantage of this, Big Brother gave a secret task, describing an exit upstairs for her to go through at midnight. Nini was also instructed not to inform any of the other housemates, not even Saga.

Few hours after she left the BBNaija house on her secret task, Saga realized Nini was missing and alerted the other housemates immediately. They started their search for her with Saga knocking repeatedly on the diary foor for Biggie to produce Nini. After a while, they slept outside the diary room still in solidarity.

Meanwhile, Nini was shown in the new space she would occupy for the day. It had a bed and a TV where she could watch what was happening inside the main house.