Nigerian fast rising act, Omah lay has revealed why he never showed up as expected to perform yesterday on the 25th of July for the Bbnaija first week party. 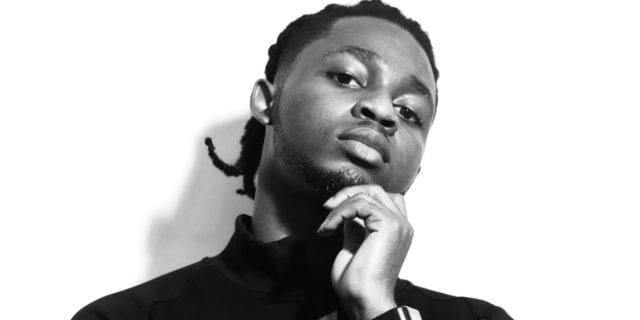 The singer, who had announced his upcoming performance via social media got fans waiting, considering that would’ve been his first-ever performance since he became fans’ favourite with hit songs topping charts across Nigeria.

“In a few minutes our #BBNaija Housemates will be having a good time with a bad influence named @Omah_Lay. If you’re not watching the party you’ll be missing out!” 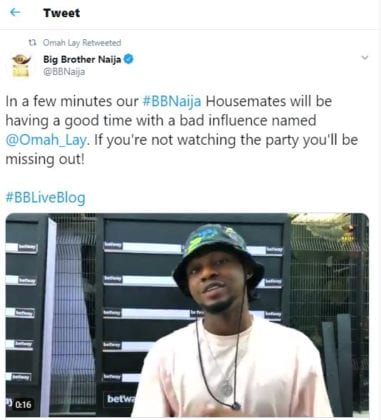 After waiting the whole night without any Omah Lay on the screen, the ‘Bad Influence’ singer has come out to explain why he never showed up, revealing it was an unresolved technical difficulty, a problem that also probably affected Sarz who allegedly couldn’t deliver as viewers expected.

“Due to tech difficulties last night, we just couldn’t make that show happen. I was there all through while they worked tirelessly to resolve but I guess it wasn’t just our night. I apologize if you waited up just to watch that performance, I’d see you soon…” 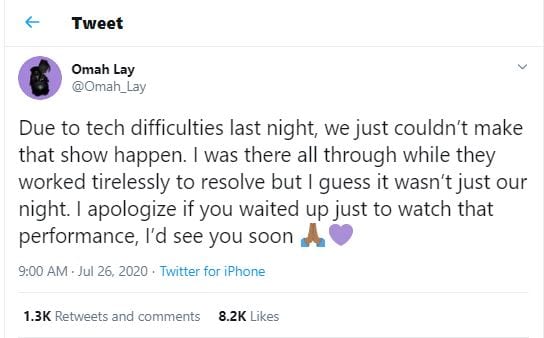