Cool FM official disc jockey, DJ Joenel was the latest music controller during the BBNaija party night which holds every Saturday night. Joenel thrilled the housemates for two hours on Saturday, the 11th of September 2021. 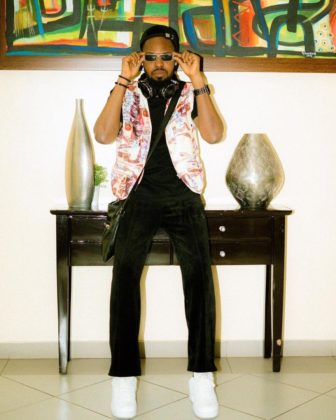 It's the way Joenel has been intentional about playing Port Harcourt artist songs. Even if it means playing all Burnas song my guy is ready to do it.

DJ Joenel also impressed some set of fans during his BBNaija party set with his transitions. Chuma Nnoli said;

He started on gear one and is now on gear four - taking the ginger to higher levels.

This #BBNaija party is getting even hotter. 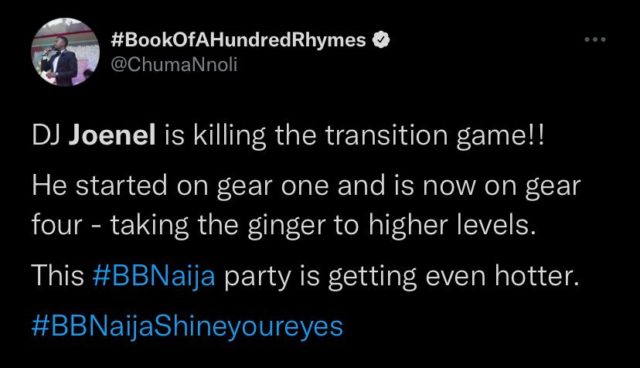