#BBNaija: Emmanuel Tells Angel Why He Likes Her

BBNaija season 6 housemate, Emmanuel has told Angel that he is always shy around her because he likes her and she is a "smart" girl.

BBNaija season 6 housemate, Emmanuel has told Angel that he is always shy around her because he likes her and she is a "smart" girl. He said this to her during a discussion in the house on Thursday, the 9th of September 2021. 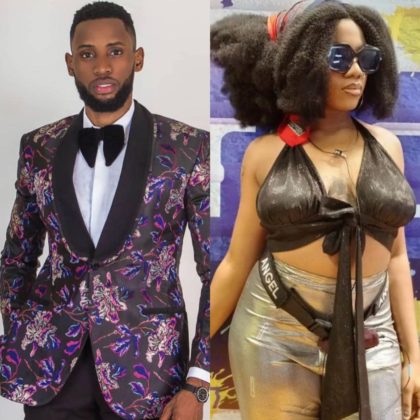 Angel asked Emmanuel why he doesn't look in her face when they are talking, and he said it's because he likes her. He also went ahead to say that he cannot say much because of their current situation in the house. He said;

You know you have a very interesting personality and I want you because you’re smart. I’m usually attracted to smart girls. I’ve got an eye on you trust me but I can’t say much for now

READ ALSO: Peace Explains Why She Couldn't Date Cross in the House

In response to Emmanuel, Angel said that he should be clear about his intentions with her while they're in the BBNaija house. She said, “You have to tell me why you’ve got an eye on me or I won’t stop asking you”.

Emmanuel has been involved in a public relationship with Liquorose in the house right from the beginning of the show, which other housemates and viewers are well aware of.