#BBNaija: Cross Pleads with Angel to Stop Avoiding Him

BBNaija Shine Ya Eye housemate, Cross has pleaded with his bestie, Angel to forgive him for whatever he has done to her and stop avoiding him.

Cross pleaded with Angel after a few days in the BBNaija house which saw her totally avoiding him and even ignoring his constant pleas. He said this in a conversation in the house on Sunday, the 19th of September 2021. 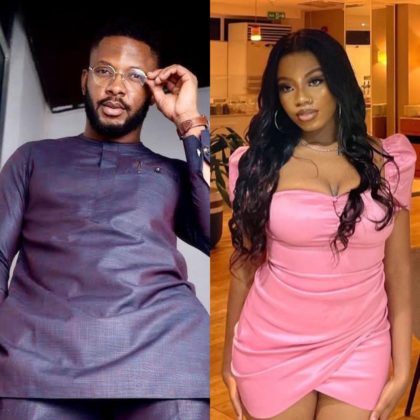 Angel and Cross had been close for a while, even calling themselves besties even though they ended up sharing intimate moments most times. However, Angel totally shut him out all of a sudden. This left Cross wondering what he had done to annoy his “bestie“. He approached her to try to mend fences a couple of times but she has continued to air him every single time.

During the BBNaija live show last night, Ebuka also asked Angel to explain why she has been avoiding Cross in the house. Again she deflected the question which left fans wondering what really happened. Cross told her after the live show yesterday;

I miss my bestie. Angel, I know you won’t want to talk to me, but you need to know I miss you. I’m saying it out loud so that you can hear me, if at all it makes sense to you. Just know that I miss you and I want you back.