The management of BBNaija housemate, Pere have lamented the unfairness of the new eviction twist introduced by Biggie involving him and Angel.

Pere and Angel were asked to leave the BBNaija house during tonight’s live show but were not evicted, instead, Biggie introduced a new twist to the eviction process. This happened during the live show on Sunday, the 26th of September 2021. 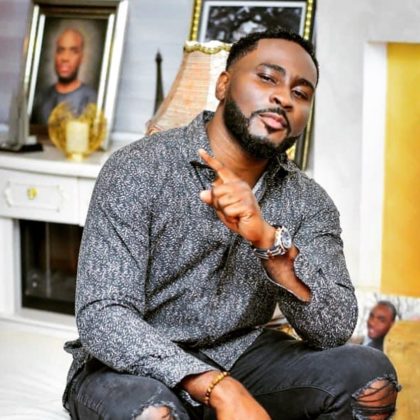 According to the official vote results, Pere amassed 25.31% of the total votes while Angel polled 14.63% of the votes. However, as the final week can only have 5 contestants and three housemates have already been evicted for having lesser votes than the two, Biggie introduced a twist. They were taken to a white room where they were made to play a game of trucks and screws. As Biggie told them;

This is a game of trucks and screwdrivers. Whoever wins the game secures a spot to the finale and gets to enter the house. The loser will be finally evicted from the reality show.

READ ALSO: Saga, Nini and Queen Exit Have Been Evicted from #BBNaija Shine Ya Eye

Pere’s Management were dismayed by Biggie’s decision to include him in a BBNaija eviction twist with Angel. They wrote;

No matter the outcome of this game, we own that 5th spot!! It’s the will and choice of the voters that sacrificed tirelessly all week. We earned it. 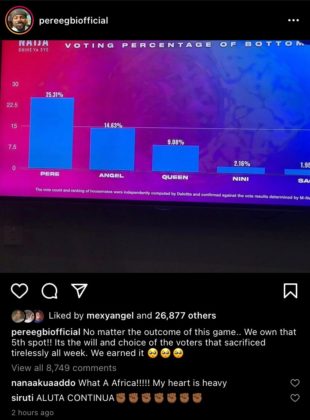