In a new interview with Beat FM alongside fellow evicted BBNaija housemate Princess, Arin has shared her thoughts on Pere's shambolic week as HoH.

Evicted BBNaija housemates, Arin and Princess visited Beat FM for an interview and they were asked for their thoughts on the situation between Pere and WhiteMoney. This happened on Tuesday, the 17th of August 2021. 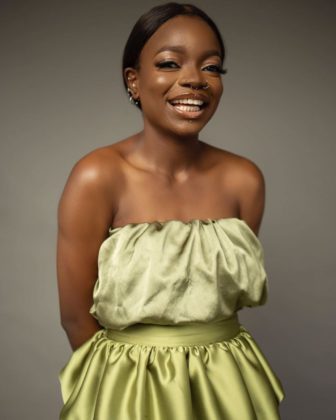 Arin told Osi and Gbemi that she has nothing to say about the fight between the two of them because she was not there to witness it. She however describes Pere's leadership style as less than ideal. Arin said he understands he believes WhiteMoney cooking was a strategy, but she doesn't believe it would have been a sustainable strategy. She said eventually people would nominate him because everybody was there to win. Arin said he will not be the first person to have that strategy and Pere's approach to it was just rude and he had no good replacement plan for the kitchen.

Along with Arin, fellow evicted BBNaija housemate Princess also feels the same way as she told Osi and Gbemi during their Beat FM interview. Princess said that the problem started with the wildcard issue. She also agreed with Arin, that everyone is allowed to have a strategy.