Angel has revealed her plans for the 90m Naira grand prize up for grabs if she is announced the winner of this year’s edition of the BBNaija show.

Angel revealed that if she is announced winner of the grand prize during Sunday’s BBNaija live show, she will first call her dad and visit her late ex-boyfriend. She said this during her diary session on Tuesday, the 28th of September 2021. 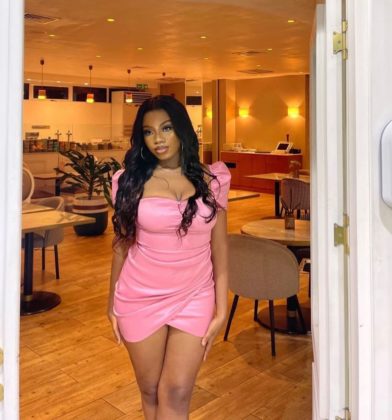 Angel told Biggie that her first duty after winning the 90m grand prize will be to call her father and express gratitude for how he has stood by her. Her father has been very supportive of her stay in the BBNaija house, both online and offline.

Asides from calling her father, Angel also revealed that if she wins the BBNaija grand prize, she will also pay a visit to her late ex-boyfriend because he always supported her. In her words;

First of all, I will call my dad to celebrate with him because we went through this together. I will also go to the club with my friends and we will party till we get drunk. I will keep the money and sleep over it, probably think about it how to invest so I don’t spend it recklessly. I will also go and visit my dead ex-boyfriend because I feel that he supported me throughout this journey