#BBNaija: Angel Reveals How Emmanuel Has Been Flirting With Her

BBNaija Season 6 housemates, Angel has revealed that Emmanuel who everyone knows to be in a relationship is always flirting with her.

Angel told JayPaul and Saskay in a recent conversation that Emmanuel has been flirting really hard with her and even other female BBNaija housemates. She said this on Monday, the 6th of September 2021. 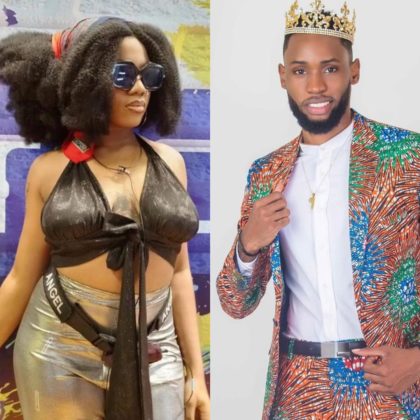 Angel was with the JP and Saskay in the garden when she complained that their fellow housemate had been flirting with her. Emmanuel is known to be in a relationship with Liquorose in the house, one that has lasted more than any other so far. Angel also stated that not just her, but even JMK who has now been evicted fell victim of Emmanuel's flirtatious attitude. In her words;

Everyone knows Emmanuel is a flirt. Even JMK, the very first day she entered here, she hadn’t even removed her dress she asked me it’s like this Emma guy is a flirt.

Do you know how many times he has told me I can’t wait to see you outside? But if I talk now they will say it’s because it’s me, next thing it will become a problem. Everyone knows what he has been doing.

I keep saying this, I feel their love is one sided and Liquorose is the one carrying the relationship. I mean why will he have the guts to tell me he can’t wait to see me outside.

Angel is however not the first person to complain about Emmanuel, as now evicted BBNaija housemate Maria accused him of flirting with her earlier in the show.