#BBNaija: Angel Reacts to Liquorose Save and Replace Decision | WATCH

Angel has described fellow BBNaija housemate, Liquorose's decision to save Peace from eviction row this week and replace her with Cross.

Angel said Cross is the only person she has really clicked with and new BBNaija HOH, Liquorose was wrong to do that. She said that during her diary session with Big Brother on Wednesday, the 25th of August 2021. 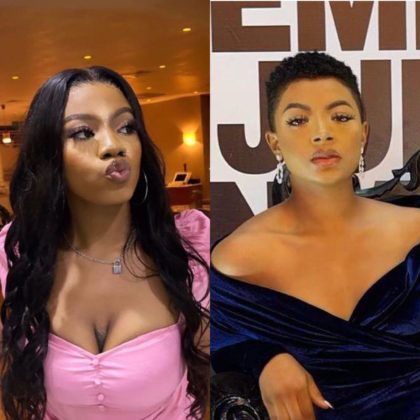 Angel said she doesn't want Cross to leave and would feel really bad if he eventually gets evicted this Sunday. She said she loves Peace and has nothing against her but Liquorose' decision to save her was upsetting. In her words;

Her decision was very bad. She put my baby up. She saved Peace for Cross. That annoyed me. Not like bad annoyance, but I was upset. The thought of Cross going is honestly very upsetting for me. I hated that decision because I still want him in the house. I'm the house. I have like two weeks guaranteed. I don't think I can do two weeks without him. I feel like it could have been someone else.

Angel did not only talk about Liquorose during her diary session today in the BBNaija house. She also requested for Big Brother to provide a therapist for her as she is "emotionally exhausted".