Angel has explained why she does not actively participate in the HoH games which take place in the BBNaija house every Monday.

Angel has explained why she does not actively participate in the HoH games which take place in the BBNaija house every Monday. She said this in a discussion with Saskay after the games on Monday, the 13th of September 2021. 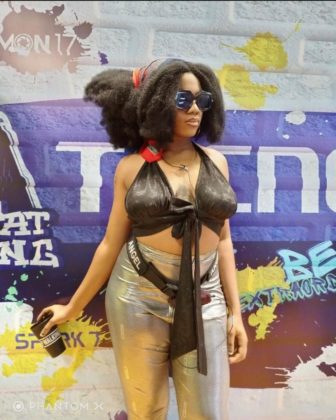 The BBNaija HoH games held on Monday saw WhiteMoney emerge as the new Head of House, while Nini who came second won veto power. Angel did not do well in the game even though she had a chance to save herself from eviction row this week. She was nonchalant even, and many of her fans wondered if her mind was in the game.

Speaking Saskay after the task, Angel revealed that she does not participate actively in the HoH games because she always believes she's unlucky. In her words;

People supporting me will be wondering what was wrong with me during the Head of House game. Some people have luck with the game and I don’t, so I don’t bother stressing myself.

I hope people supporting me understand. My body was just weak. I need to tone down a little bit this week and watch from the sidelines. I’m not looking for the fame right now. I just want to rest.