“Batman And Robin” - Davido Is Up To Something With Shizzi

Nigerian music superstar, Davido has alerted his fans his back in business with his long-time music producer and friend, Shizzi. 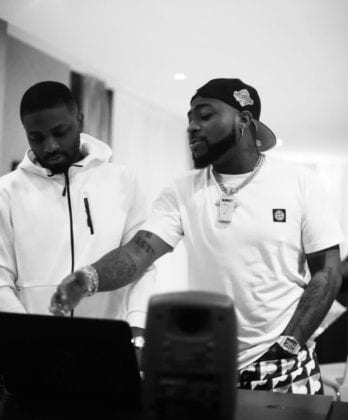 In a post shared on the 3rd of April, Davido uploaded a photo of himself and Shizzi and referred to Batman and Robin. From the look of things, the pair who have previously churned out hits like ‘Dami Duro’, ‘Fans Mi featuring Meek Mill’, Skelewu, ‘Ekuro’, ‘Gobe’, ‘Blow My Mind featuring Chris Brown’, and lots more, are working on another song to be produced by Shizzi. Davido wrote;

Davido recently reacted to the viral photos of him kissing model, Mya Yafai.

Are excited about getting new music from the “Jowo” crooner?