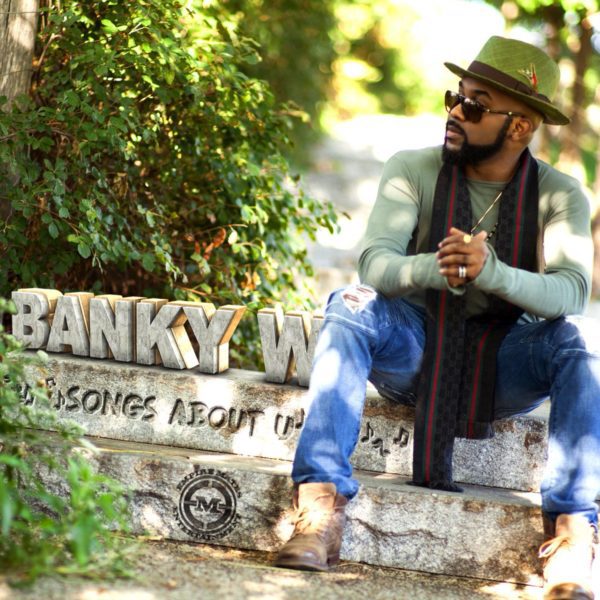 Nigerian singer and enthusiastic football lover, Banky Wellington has revealed that despite the misfortunes that have come upon Nigeria recently, he will not be influenced by them while teaching his unborn children about Nigeria, especially its football team.

This message was passed through his recently launched website, Bankywellington.com where the artiste gave account of the Super Eagle's game, informing despite their beliefs, about the game between Nigeria and Argentina, stating that Nigeria did play with their heart, which might not be the best compared to the skillful team of players Argentina played with, but they have done better than the leadership of the country whose hearts don't seem to be  with the people they were elected to serve.

To Banky W, believing, in fact, doesn't help sometimes because it only discourages you about the country and maybe its people, but believing more in faith or better still, having more faith can only help appreciate those little things and hope for more. So to the Mr. Capable, teaching his kids to love with a Big Fun Loving Kind Heart is the key because while it is so much harder to be optimistic, it is so much fun at the end.

With his subject matter majorly on the Super Eagles and how well they did, he skillfully touched all issues, questioning the human race and opening our eyes to what we are allowing the negative circumstances of our nation shape us as human beings.

It is a beautiful piece everyone despite country or race should read and not just question their attitudes but make conscious decisions to not be worse than the people they condemn by words on social media that even after deleted, can really not be withdrawn.

Read it all HERE