Mavin Records singer, Ayra Starr has revealed to Notion in a recent interview why she decided to shoot the video for her hit song, Bloody Samaritan herself.

Ayra Starr told Notion in this new interview that she has always wanted to direct a music video and Bloody Samaritan presented the best opportunity for her to “show off”. The interview was released on Monday, the 15th of November 2021 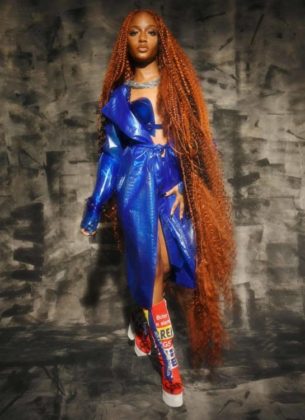 During this new interview, Ayra Starr revealed how growing up in two countries (Benin and Nigeria) affected her musically;

Growing up in two different countries has really helped me become more open-minded when it comes to diversity and just in culture in general. I try to make my music as global as possible, so different people can understand it, you understand? I don’t just try to do one genre. I like to make different genres and, you know, fuse in other genres into Afro, just because I grew up in two diverse countries.

READ ALSO: Ayra Starr Reveals How She Got Her Name in New Interview with Odda Maagzine | READ

Ayra Starr also told Notion in the same interview that she had her own vision for the video of Bloody Samaritan, hence she had to direct it herself;

So, I’d always wanted to direct a video, and the thing about “Bloody Samaritan” was different from my other music videos. I’ve always been very extreme as an artist, almost trying to show off. With “Bloody Samaritan”, I wanted people to see my personality and style as authentically as I could translate into video form. I wanted people to see my character. For the video, I had a tiny budget to work with, which pushed my creativity. I had to call my friends and be like please show up for me guys, just come to the video shoot and vibe with me. Like that’s what it was, just me and my friends were having fun. Very grungy, very low budget, just showing me as the teenager I am.