Despite his reserved, controversy-avoiding persona, every now and then Wizkid takes time out to talk to his fans; members of the formidable Wizkid FC. 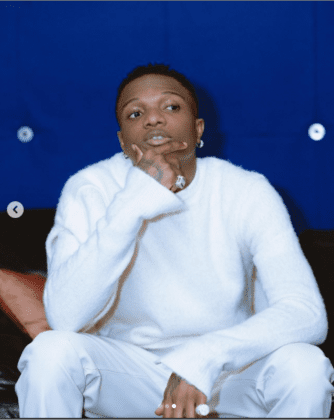 The 7th of November is one of such days as he took to his Twitter page to reply his fans’ questions asked with the hashtag ‘ #AskWizkid‘.

It is a question and answer session Wizkid held for his fans on Twitter where he replied questions and messages tweeted with the hashtag.

The hashtag made the trend tables in both Nigeria and Ghana as fans were ecstatic for the chance to talk to the Starboy. Several questions were asked and quite the interesting answers were revealed by Wizkid.

One of such is his mention of a world tour come next year. This was in response to a fan who asked if there’d be a Made in Lagos tour or concert.

#AskWizkid might have ended, but here’s a list of some other noteworthy answers to get a glimpse of Wizkid’s mind;

1. According to Wizkid, a deluxe version of Made in Lagos will be dropping soon.

2. Come 19th of December, there’ll be a Youtube live session centred on the Made in Lagos album.

3. The title of Made in Lagos was inspired by his feelings for the state.

4. We’ve been advised by Wizkid to have our eyes on Terri, his Starboy label signee.

5. The long wait for Made in Lagos may have been due to countless tweaking and reworking till Wizkid was pleased with it.

6.We should expect visuals for more records on the album such as ‘Longtime’ ft. Skepta, Burna Boy assisted ‘Ginger’ and ‘Roma’ featuring Terri.

7. Made in Lagos was inspired by his daily life, family and fans and made with a lot of love.

FYI: Sarz and Legendury Beatz, two producers with whom Wizkad has had a history of making hits with also worked on MIL and produced ‘Longtime’ and ‘Essence’ respectively.