Grammy Award-winning musician, Angelique Kidjo has been announced as a cast member on Viola Davis' forthcoming movie, The Woman King.

Angelique Kidjo will star alongside John Boyega, Jimmy Odukoya, Thando Dlomo, and Viola Davis herself in the forthcoming The Woman King movie. This was revealed by Viola Davis via her Instagram page on Wednesday, the 10th of November 2021. 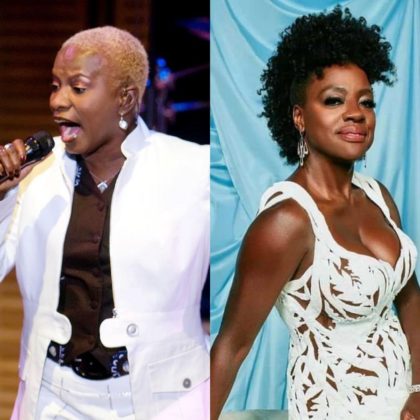 The Woman King is one of four expected movies on Sony Pictures from African-American filmmakers and is scheduled to premiere on the 16th of September, 2022. The three other movies expected by Sony Pictures include A Journal For Jordan, the George Foreman biopic, and I Wanna Dance With Somebody.

Viola Davis announced the addition of four extra cast members including Angelique Kidjo to her forthcoming The Woman King movie. The three other additions are Jimmy Odukoya, Thando Dlomo, and Jordan Bolger. She wrote;