Ghanaian singer, Amaarae has broken a new record with the debut of her Sad Girls Luv Money song on the US Billboard Hot 100 at the no. 80 spot.

Amaarae's Sad Girls Luv Money featuring Moliy made its US Billboard Hot 100 debut this week making her the first female Afrobeats act to debut a solo single on the chart. This was shared via Instagram on Tuesday, the 16th of November 2021. 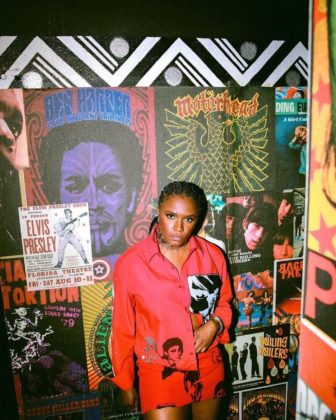 Sad Girls Luv Money was one of the songs on Amaarae's debut album, The Angel You Don't Know which was released in 2020. The song featured fast-rising Ghanaian act, Moliy and soon began to gain ground both locally and internationally. The song has been running huge numbers in the US recently and Amaarae had to do a tour there, and eventually released the remix for the song featuring Kali Uchis.

Amaarae's debut on the US Billboard Hot 100 makes not just the first Female afrobeats act but also the first Ghanaian to appear on the chart. The singer's Sad Girls Luv Money song currently hold the top spot on the US Shazam chart, displacing Ckay's monster jam, Love Nwantiti in the process.