Nigerian singer, Adekunle Gold has been unveiled as the headline act for this year's edition of the Afro Carnival holding in the city of New York in the United States of America

On Wednesday, the 14th of July 2021, the Afro Carnival organizers announced Adekunle Gold as the headline act for the show via their Instagram page. 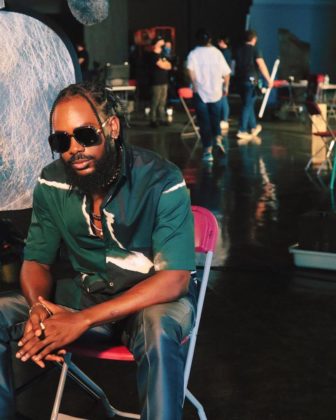 The Afro Carnival 2021 is a brainchild of DJ Tunez and will see Adekunle Gold headline the concert. On their announcement post for the festival, the organizers revealed that they were bringing the singer to the festival in New York City on the 21st of August. They wrote;

All early bird tickets are sold out. Don’t miss your chance to secure your advance tickets. 🎫 #afrocarnival 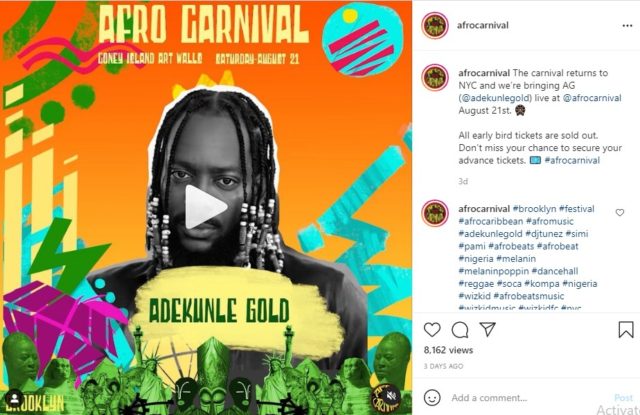 Adekunle Gold will be joined at the Afro Carnival 2021 by his c0-headline act, South Africa's Busiswaah. Other artists included in the lineup for the festival are KDDO, Ayo Jay, J Anthoni, Queenie Gatora, ADH, and Agho. DJ Tunez revealed that he will be turning up with even more friends. The well sought after disc jockey, DJ Tunz teamed up with one of the acts, J Anthoni, on an EP titled All You Need earlier this year. The headline act also worked with American singer, Lucky Daye on his latest single, Sinner.