Nigerian singer, Adekunle Gold has shared a live performance video of himself and Lucky Daye rendering their latest collaboration, 'Sinner'.

The singer shared a snippet of the video via his Instagram page on Tuesday, the 13th of July 2021. In the caption, Adekunle Gold tells fans that he performed 'Sinner' live with the Lucky Daye recently. 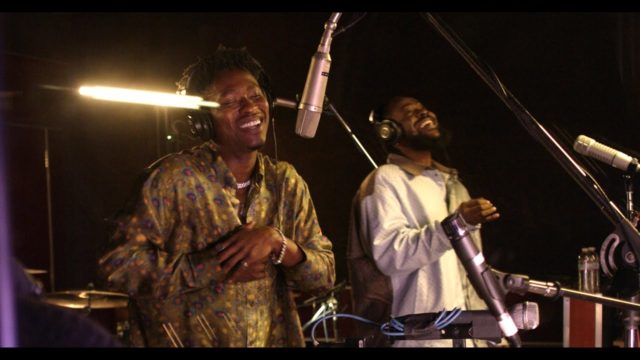 He also asked that they listen with their ears and hearts. In his words;

@iamluckydaye and I played Sinner LIVE at the studio the other day. Listen with your ears and your heart.
Link in Bio
Enjoy ❤️ 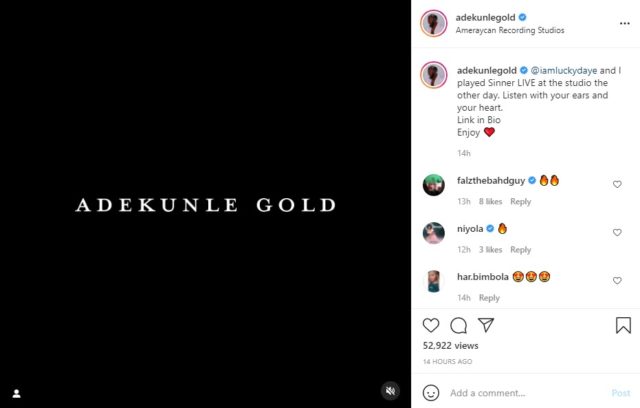 The live performance of 'Sinner' by Adekunle Gold and his American counterpart was filmed at the Paramount Ameraycan Studios, Los Angeles. The duo released the single on Friday and fans were rightly excited with the release of another Rnb tune by the Nigerian superstar. Adekunle Gold has been teasing the drop of a new album and this could be the first release from yet another project. He sings on 'Sinner';

Loving you be my greatest sin

Said I was done but see I’m here

You don’t make it easy rara

To stay away from yawa

Sheba o Sheba Girl you make me a sinner

Never say Never Know I can do whatever

Rexxie and Asake Team up for Live Performance of 'Banger' | WATCH