Nigerian singer, Adekunle Gold has unveiled the title for his new album as well as giving his fans an expected release date when the project will be available.

Adekunle Gold is set to unveil his fourth studio album and in preparation, he has now given his fans a title and release date. He shared this via his Instagram page on Monday, the 29th of November 2021. 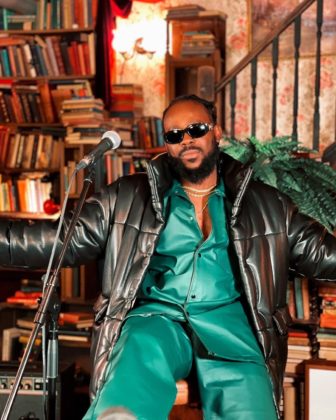 Last month, Adekunle Gold made it known that fans should be expecting a new project from him very soon.

The Afro-fusion singer, whose last project, Afropop Vol. 1 was released in 2020, is set to thrill his fans with a new body of work which is scheduled to drop soon.

Adekunle Gold has had a very good year securing a hit in the second half of the year with the Davido-assisted High. With High doing wonders on the charts, the singer still featured on a song with DJ Tunez and the legendary Ashanti titled Energy. Let’s not forget the Lucky Daye-assisted Sinner as well. Adekunle Gold looks ready for a new album and he has wasted no time in giving his fans what they want, a title and release date. The new album is titled Catch Me It You Can and will be released on the 4th of February next year.