Nigerian Afropop singer, Adekunle Gold has revealed that his biggest song ever is the one titled Okay and he did not even expect it.

Adekunle Gold was speaking during a recent interview with Boombuzz Global in Kenya when he revealed that Okay is his biggest ever song. The video was shared via Youtube on Wednesday, the 10th of November 2021. 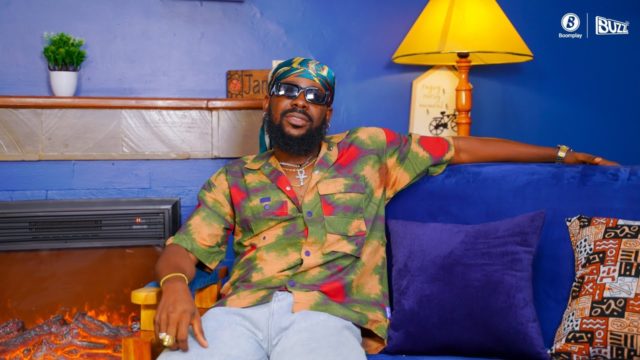 Okay was the 4th track off Adekunle Gold's Afropop Vol. 1 EP which also had bangers like AG Baby and Something Different. The song became a classic afrobeats smash hit and further the singer's transition in Afropop music, a switch from his original style.

Speaking with Boombuzz Global during his last visit to Kenya, Adekunle revealed that he did not expect Okay to do the numbers it did but it's currently his biggest song ever. This is evident from the numbers across the digital streaming platforms. On Youtube alone, the music video for Okay has in excess of 15 million views right now.

Adekunle Gold also spoke to Boombuzz about his visit to Kenya and how he has been treated so far. He also shared his thoughts on the current situation at Manchester United and their recent form.