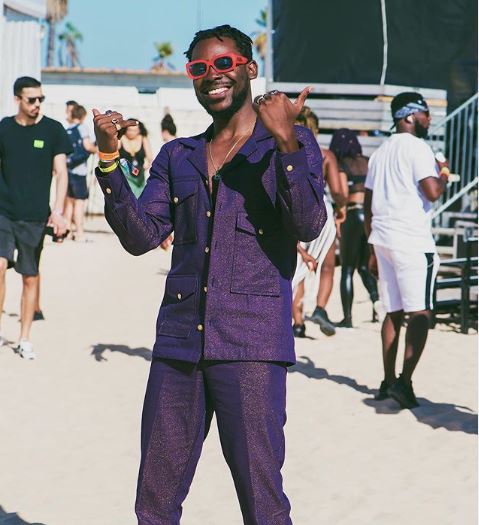 It is undeniable that one of the best songwriters in the Nigerian music industry is Adekunle Gold - The alternative singer just released a new single Young Love and the song is already receiving a lot of attention and positive acclaim; Adekunle Gold also took to his Twitter page to subtly announce that his new project Afro Pop Vol. 1 is set to drop soon.

Adekunle Gold has been on a roll this year. He has released interesting singles like Kelegbe Megbe, Before You Wake Up, Promise (featuring Simi). The former YBNL signee has successfully set himself apart in the industry, shuttling between Nigeria and London. He has mastered his craft and his sound is dissimilar to any other Nigerian artist's. He got married to fellow singer Simi earlier in the year and it's evident that they've both influenced one another musically.

Taking to his Twitter page, Adekunle Gold revealed that his third studio album Afro Pop Vol. 1 is soon to drop. There is no release date known yet but the anticipation is already brewing. Adekunle Gold's Young Love was produced by production maestro Sess the problem kid and he sings passionately about his love interests. It's a different type of sound and you can feel how Adekunle Gold is reinventing himself as an artist.

Pay Attention to my Project. It's coming soon.

Adekunle Gold has also been mentioned as one of the songwriters on Davido's upcoming album A Good Time.