1da Banton, a Nigerian contemporary dancehall singer, has announced that he will be releasing a new album very soon. 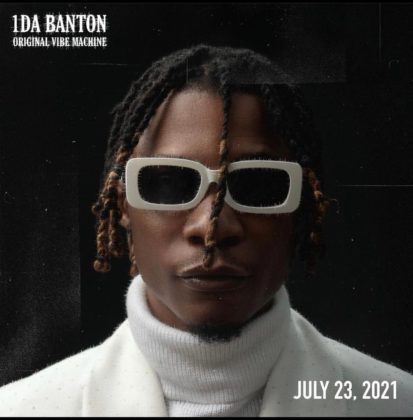 The River State-born singer, who has been quiet for a while, took to Instagram to announce the upcoming project titled "Original Vibe Machine," which is set to drop on July 23rd, 2021.

The sensational singer stated that he had received numerous messages and phone calls from his fans requesting new music, so he was excited to give them a new album. 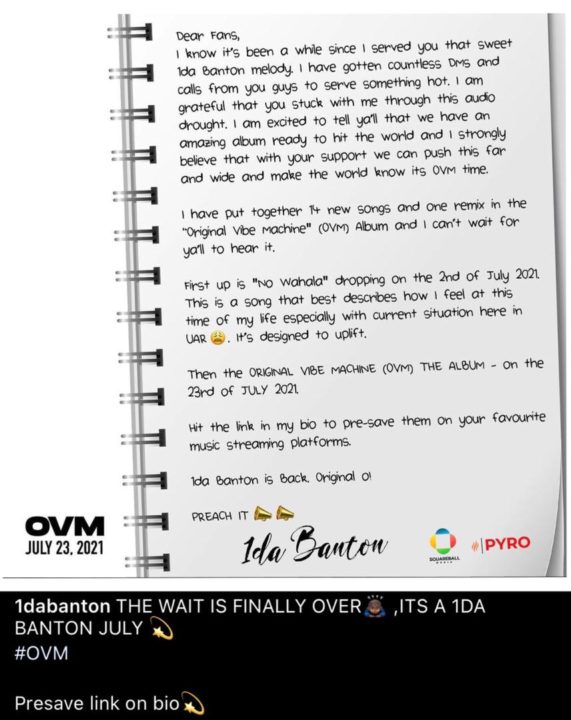 In another post, the singer stated that he would be dropping a single before the album drops titled 'No Wahala', which is slated to drop on July 2nd 2021.

Without a doubt, 1da Banton is one of the many wonders of the Nigerian music industry, and we are looking forward to his new project next month!