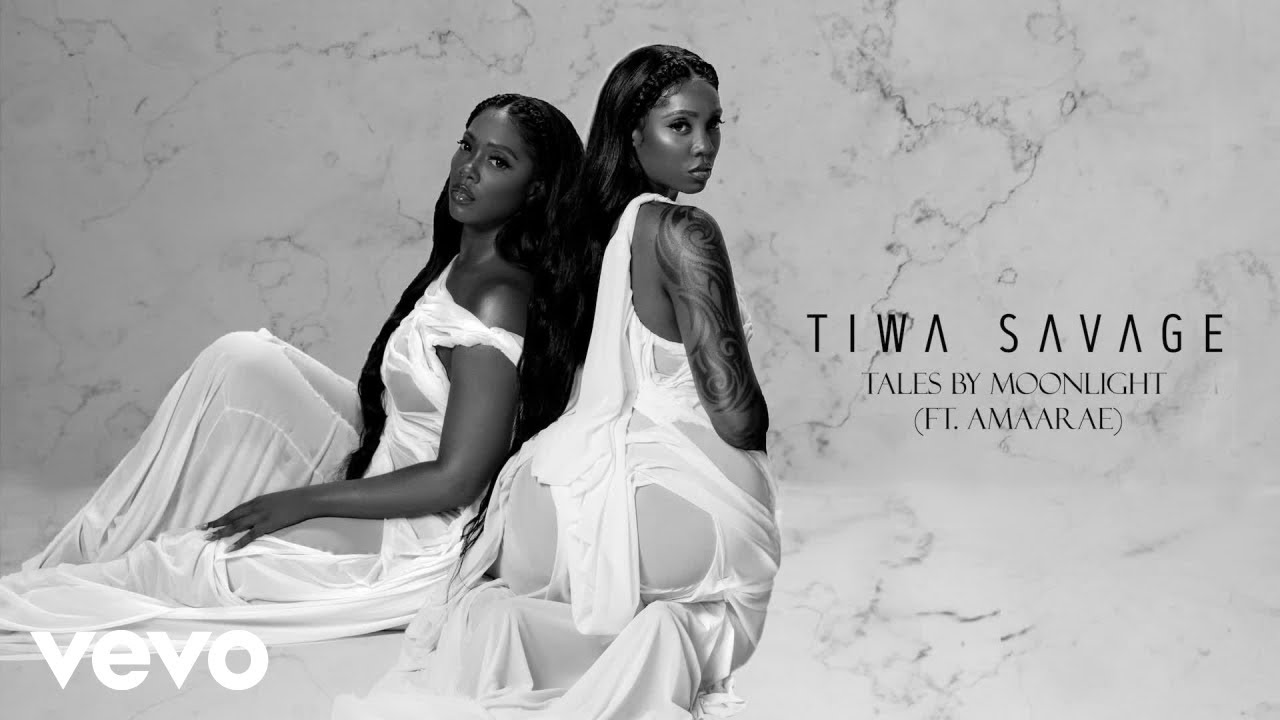 Tiwa Savage enlists Amaarae for the new record, 'Tales by Moonlight' ahead of her highly anticipated extended play 'Water & Garri.' However, the EP is expected to drop at midnight, it houses collabos with Nas, Brandy, Tay Iwar and of course, Amaarae.

Produced by the talented Ayodeji Olowu, 'Tales by Moonlight' serves as the third track on her five-track EP. This is not the regular Tiwa music, she takes a twist this time around. It is highly impressive and your ears will lead you to a better perspective.

Tiwa Savage was born and bred in Lagos, Nigeria. She is a Singer/songwriter signed to Sony USA record label. She graduated from Berklee College of Music in 2007 and has since then been working with music producers in the industry.

Tiwa began her music in the UK touring as a background singer for artists such as Mary J. Blige, Sting, George Michael, Kelly Clarkson, and Spice Girls. She participated in the X-Factor, reaching the top 24. SEE MORE