Show Dem Camp have released a new single with Tomi Thomas, titled ‘Rise of the Underdogs 2‘ off their forthcoming ‘The Algorhythm‘ tape. 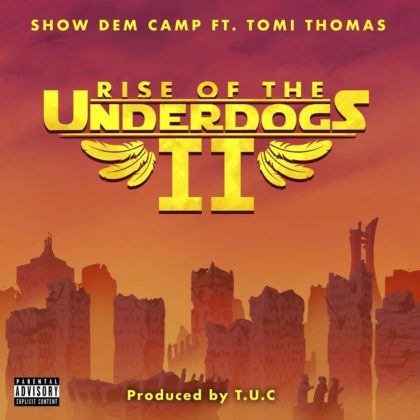 The duo shared this announcement via their Instagram page on Friday, the 25th of June 2021. Show Dem Camp announced that they are dropping the first song off their next tape and it was featuring Tomi Thomas. They wrote;

The duo of Ghost and Tec have revealed that they intend to drop two albums this year. It seems they have kicked off on that plan and this feature with Tomi Thomas is just the first drop of what is to come.