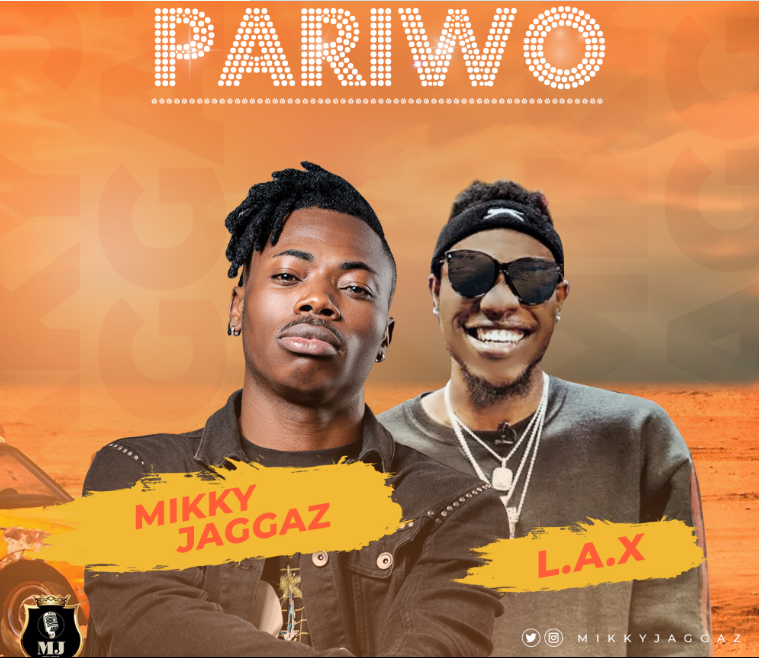 For his first release of 2019, Mikky Jaggaz teams up with afrobeats /afropop star 'L.A.X' in 'Pariwo', an all-around feel-good tune.

Loosely translated, 'Pariwo' means 'to shout' and in the context of this single, means Mikky would rather not stress over what could be a simple give and take. Both singers are making it clear to the ones they've got their eye on and stating that they've got all she needs if only she'd grant them the chance to show her.

Mikky is setting the pace for his year with this release as he lines up back to back collaborations with a host of African acts. To mention just a few Mikky Jaggaz has teamed up with Gemini Major on Champion Lover, the remix which features Ice Prince and is still incoming. He's also worked with South African house legend Professor & Heavy K on 'We Mali'

L.A.X is known mostly for hits like Ginger & Caro, both ft Wizkid, 'Give You Love' which he did with Juls amongst others, and has worked with everyone from Ice Prince, YCee, Dremo and more.

"Pariwo" was produced by Mercury, mixed and mastered by Marqai Mixx. Ace music producer, Spaceboymercury has worked with a couple of top dogs in the industry, such as DJ xclusive ,Dotman, ladida, nonbizzle and 2face.