Sing along to ‘Blue Notes 2’ Lyrics by Meek Mill, featuring Lil Uzi Vert. Check out the complete Lyrics below. 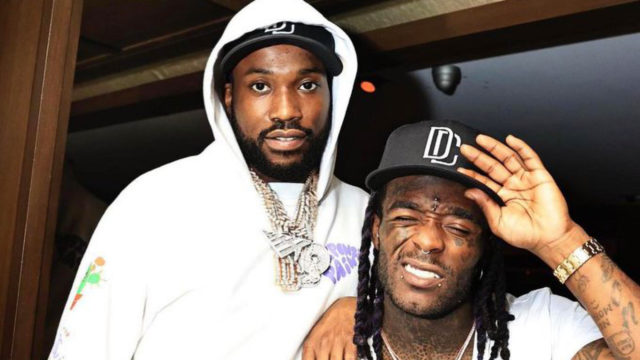 Intro: Meek Mill
Yo, Nick Papz, make it slap
Yeah (Brrt)
You gotta turn me up in the headphones some more, a lil’ bit more
Just a teeny bit
Turn me up, Cruz
It’s so many motherfucking hundreds, you gotta make a part two

Verse 1: Meek Mill
I’m not in competition with my homies
I’m whipping the competition and the Rollie
I knew my opposition never knew me
They wouldn’t be opposition if they know me
I made a proposition to my hitters
I told them to knock ’em down if he owe me
I just be sliding round, hitting the building
We moving with Glock, pounds, and them .40s
Them niggas got shot down, we was whoring
My homie a opp now, so we on him
I was like 16 with the MAC on me,
Deep in the field like its pop Warner,
Weathered the shit, seen niggas cracked on me
When it got real, tried to slide on him
I made some M’s, split the guys on it
We keeping it real, niggas not
And my homie a savage, got put in a casket, and I’m mad at him ’cause he died on us
Just left his viewing and i told his momma
Every time that she cry, we gon slide on them
I look you niggas right dead in the eye and I ain’t surprised you ain’t ride for us
How would you feel if you bust some mill’ with some niggas and they switch the side on you?
How would you feel?
When you so lit that you can’t tell if the love real
If I can’t tell you nothing, I’ll tell you how a thug feel
And you ain’t rich, nigga, your stash can’t pay my drug bill
Pussy (Pussy)
Nigga, this expensive pain, pulling an expensive Range

Verse 2: Meek Mill
I’m going hard and my back to the wall (Wall)
I was like JH, just pimping and faking on us,
No way they matching me off (matching me off)
Who really gon’ stick me if we getting busy
And we seeing rap when it’s bought? (Bought)
I won’t even practice,
I go triple platinum and they saying that was a wash, ayy
I switch my Rollie up to a Richard Mille
In the trenches with some young nigga
Tryna tell him how this rich shit really feel
You ain’t never been in the field with them late nights,
Off Benadryl With them great whites, locked in a cell.
Like shawshank, no redemption
I was the richest nigga in the prison
I was strapping up when niggas wasn’t riding
I was the richest nigga on a mission
I was motivated, I was watching moves
Yeah, I was the brokest nigga, in the kitchen
I was chasing million when they said I couldn’t
I was hard-headed, I ain’t listen
Kinda glad that I never did
Now we all made it out the trenches, yeah
All of my money is new
All of my money is blue, riddle me this?
I’m supposed to go get money, and keep doing favors, and give all my money to who?
You keep telling me niggas keep telling you what?
Why they be running to you?
And why every time niggas talk about me and it’s bad, they keep coming to you?

Interlude: Meek Mill
I never got that part
Nigga, know you my man
But every time you wanna talk bad ’bout me
They come to you and you come to me like a ho ass nigga
I’ll slap the shit out you, fuck it
Woo

Verse 3: Meek Mill
Hundreds on hundreds on hundreds on hundreds
My homie a opp, but he know how I rock
So you know that I’m ready, however he coming
We done went up on these niggas like seventy-nothing
They talking ’bout bodies, we talking ’bout millions
We talking bout money, they talking ’bout killing
I gotta go to the bathroom as soon as I walk in the building
You know how I’m living
Walking, I’m tucking and passing the glizzy
Don’t look all sensitive, you know I ain’t slipping
Come to your trenches, it’s just me and one of my savages, nigga, you know I ain’t tripping
I can’t get extorted, I’m balling like Jordan
We sliding with torches, we toting and pimping
It’s fuck what niggas think
I just be laughing to the bank

Verse 4: Lil Uzi Vert
I done pulled up with the presidential on my wrist and this bitch hit like Hillary
I was just in the kitchen
Whipping Hanna Montana like my name was Billy Ray
And i bet that i have me
A hundred million dollars on these niggas, before i be 27
Love her back, when bitches wasn’t loving me,
Twenty-thousand at best, she ain’t dubbing me,
I’m on point, ain’t no bitch out here running me,
Lamborghini, the same color Bumblebee,
Pull up Cullinan, same color, butter seats,
In the game, ain’t no young nigga touching me.
Yeah, she know that I’m the shit and she know that I’m rich.
Every time that I fuck, she say, “Nut in me” (Ayy, Lil Uzi)