Official Lyrics to ‘Intro (Hate On Me)’ by Meek Mill

Check out the official Lyrics to Intro (Hate On Me) by Meek Mill. For this song the Philadelphia-born rapper sampled the sounds from Nas and Diddy’s “Hate Me Now” classic song. Intro is the first track on Meek Mill’s new album titled “Expensive Pain”. 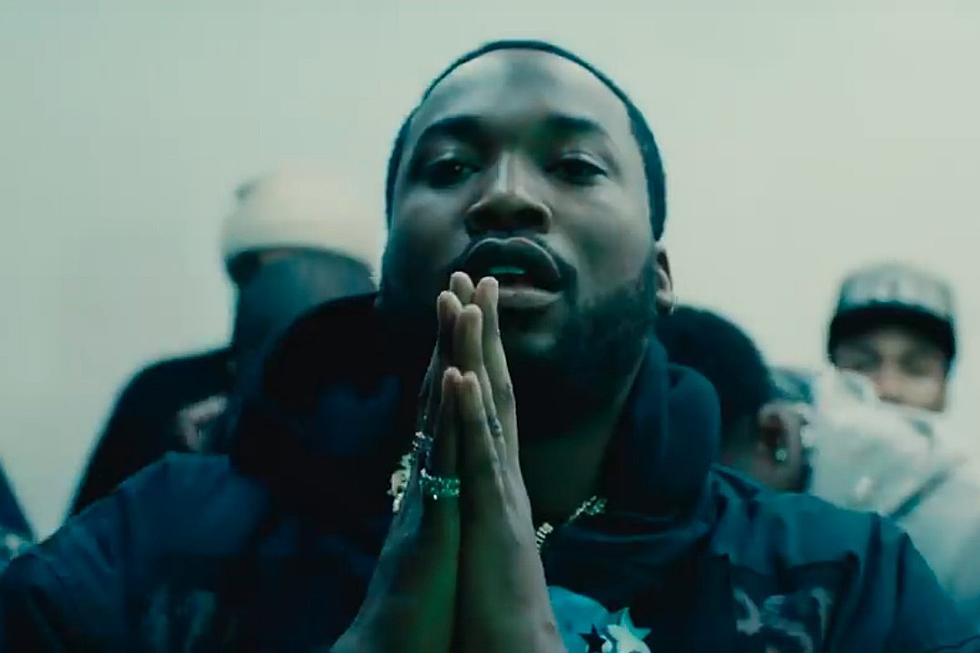 You May Also Like: ‘Champagne Poetry’ Lyrics by Drake

Intro (Hate On Me) Lyrics by Meek Mill

Intro
Brrr
Every time I get back in the streets, this shit get darker
Yeah, woo

Verse 1
Niggas can’t hate on me now (Hate on me)
We do it all, we changing the laws,
They thinking ’bout taking me down (Yeah)
We done put bulletproof all on the cars,
I told ’em bring eighty more rounds (Brrr)
I put baguettes on all of my dawgs,
They fall, they making a sound
I’m on a yacht with a bad thot,
We got the streets in a headlock
Nigga tried to peep through the backyard,
All he seen was the choppas and red dots (Brrr)
I got my mama a black card, yeah,
I really put on for the head knock
This that 1AC, you ain’t one of them rappers
And none of your steppers can step with my steppers
This chess, not checkers
I told my dawgs, “Don’t stress, don’t rush it”
I really got off
It’s seven on seven and I’m getting better and better and better, my nigga,
It’s never no pressure (Let’s get it)
Every time I hit up one of y’all niggas with smoke,
It’s never no pressure
Niggas is pussy, if I put a price on your head,
Shit, I get the special
You know I be hanging with Jews
Get money with Russians, I’m making my moves
The hood behind me, I never could lose, I’m good, I’m solid
Can’t play me like one of them dudes
You probably end up on the news
We mobbing and wilding
You know we ain’t tucking them jewels, especially for none of you dudes
We sliding with choppers

Verse 3
I was out in UK, balling like 2K
All of my diamonds look duray
She say you only gon’ do it when we go out the country,
We having a three way (Get it)
I was getting head in the rolls,
start f**king her as soon as i get on the PJ
You was tryna tuck her like a PJ,
I was bust it and do it the free way(Do it the free way)
Yeah, I was at the bodega, rocking Bottega (Rocking that Bott’)
Crib like four acres and ain’t got no neighbors, yeah
And I ain’t never gon’ meet ’em (Yeah)
Once it’s up there, nigga, it’s stuck there, blow it whenever we see you
We getting them pussies off
We gon’ sip it and pour
She getting ’em all depleted
Know shorty don’t get involved
She gon’ fuck on my dawg and all to get to the leader, I
Keep all my bitches in Bentleys and Beamers,
And I put the demons in Demons
Keep all my bitches in Bentleys and Beamers,
And I put them demons in Demons