Remilekun's Got A Gift for Mothers with "Mama's Song"

UK based Gospel Artist, Remilekun has dropped a new single, "Mama's Song", inspired by her Mum and specially dedicated to her as she turns 75 today . 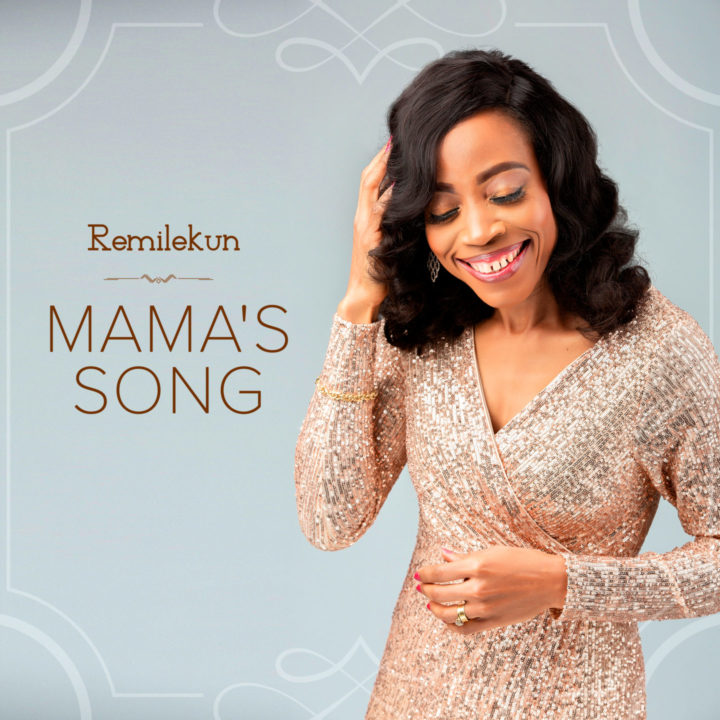 She also dedicates the song to all mothers across the world as well.
With its catchy groove, captivating musical composition and profound lyrics, the song is bound to become a favorite on your playlist.

Speaking about the song, she shares: "This song is dedicated to my loving mother and to all mothers, fathers who stood as mums, everyone all over the world who raise the nations and generations with untold courage, perseverance, ceaseless sacrifice and great love. This is to THANK YOU for all you do".

The song was produced by Elvis for Ediasproduction and the Video was Directed by Dr. Seth.
Cameo appearances in the video include the Cast: Horaios A (Mother); Jack Frank (Father) ; Modupe Ogunoiki (Child) ; Rosy May (Dancer and Teenage Daughter) and Omar Ragab (Boyfriend)

The Audio is now available on @BoomplayMusicNG , Apple Music, Spotify and other online digital stores

MORE ABOUT REMILEKUN
Remilekun is a Singer/Songwriter and Worship Leader based in the United Kingdom. The fifth of seven children, she was raised by a single mother, who taught her how to deal with life’s ordeal creatively and courageously. This was a tough experience, through which she learnt perseverance, resilience, contentment and to rise in the face of storms.

She was recognised as a talented singer at a very tender age and started grooming her musical gifts via carols, plays, cultural songs and dances at primary school events and performances at school music concerts with a lead presentation to the King of Ogbomosho, Oyo State, Nigeria while at secondary school

She won campus awards as the Most Valuable Soloist (female), Best Praise Worship Leader (female) and Best Choir on Campus for her team.
Remilekun institutionalised music concerts whenever she had the opportunity to lead. She inspired and influenced her university choir to organise a live recorded concert in the year 2000.

She went on to lead several choirs in her home church in Nigeria and in London. Remilekun was privileged to mobilise and lead a community choir in Kent, England and was also a Worship Leader in a music and drama group; “The Ancient Landmark”, renowned for creating original plays and song writing.
She founded a much beloved teen choir in London, providing mentorship and support to aspiring musicians. She organised several worship concerts that influenced the music department and were major sources of inspiration.
She is currently a worship leader in her home church.

Her music is a blend of genres that transcend a specific category, with flavours from diverse traditions - a blend of gospel and inspirational music.
She is also the founder of Remilekun Hope Foundation, a charity organisation with a vision to support the less privileged with priorities for girls, children and vulnerable women.