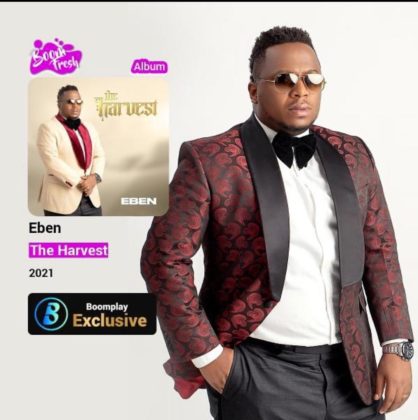 The renowned music minister released his sixth album, "The Harvest" today, July 2nd, 2021 exclusively on the digital platform, Boomplay. A 10-track album filled with spiritual depth and will surely bless you as you listen.

Two days ago, the singer hosted a listening party for the album, which was attended by other prolific Nigerian singers such as Nathaniel Bassey, Tim Godfrey, Frank Edwards, and a slew of other spirit-filled music ministers.

Thanking everyone who honoured him for listening via his Instagram page, he wrote:

The project is currently exclusively available on Boomplay, but will be available in other digital stores as soon as possible.

LISTEN TO 'THE HARVEST' BELOW