Tanzanian singer and songwriter Zuchu has finally released the video for her highly successful single titled "Fire" which is now a major anthem in East Africa. 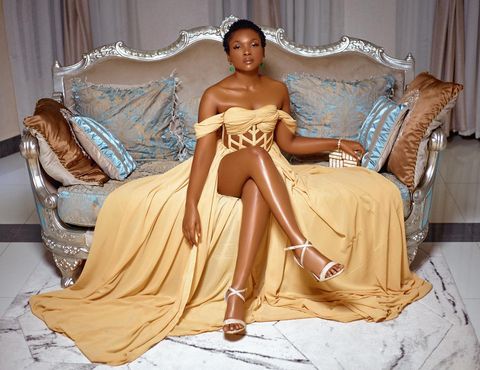 Zuhura Othman Soud famously known as Zuchu continues her bid to reign on African TV screens after releasing the visuals for her critically acclaimed single titled "Fire". The song is a part of Zuchu's double release project titled 442 which dropped a few weeks ago.

If Zuchu's Fire Video confirmed anything, its that the Zanzibar born and raised singsr is also a good dancer. The highly decorated video takes place in a sports park and without doubt Zuchu's well executed choreography, stylish bright colored costumes and well blended chemistry among dancers is what makes this video unique and fun to watch.

The video's set reminds us of Vanessa Mdee's 2015 blockbuster music video of  "Nobody But Me" featuring South African rapper KO.

The fire music video is directed by Justin Campos who has worked with various Tanzanian artists including Diamond Platnumz in "African Beauty", Ali Kiba in Kajiandae, and Vanessa Mdee in "Never Ever" and also directed Joh Makini's single "Don't Bother" featuring AKA.