Tiwa Thinks Gender Affects Her Pay As An Artiste ... You Think? 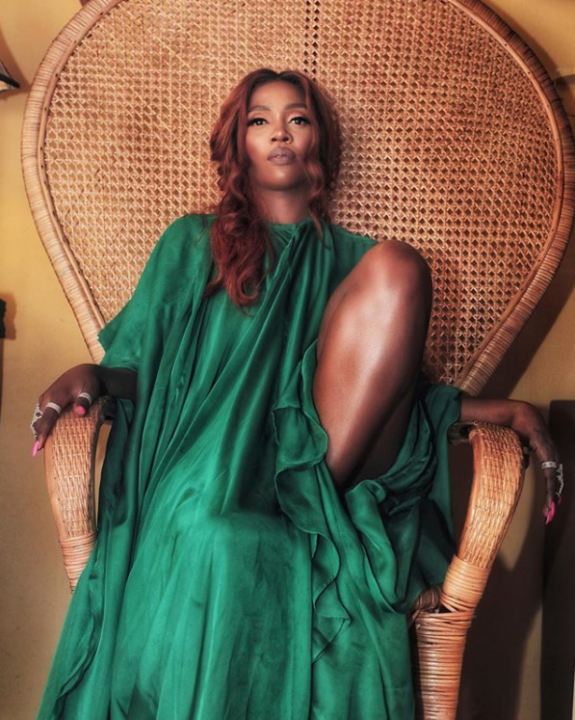 Mavin queen and Mama J, Tiwa Savage, was earlier called out on Twitter for once again stating her position where the issue of feminism is concerned but this time, she went further to state that female artistes don't get as much pay or rather, don't charge as much as their male counterpart in the Nigerian music industry which is what this post will briefly talk about.

The idea that some people are paid less than others can be painful, especially when they are all putting in the work as much as the person getting the higher pay, but making it an issue of gender, especially with Tiwa's statement, is what is difficult to understand.

According to @GbemmyG who reported the statement on Twitter, Tiwa stated that she cannot charge as much as Wizkid in a show and that is not fair on them especially since they put in the same amount of work.

While that feeling is understandable, what is hard to understand is that Tiwa feels she is being paid less than Wizkid because she is female, a perspective I find hard to wrap my head around. According to the post reported; 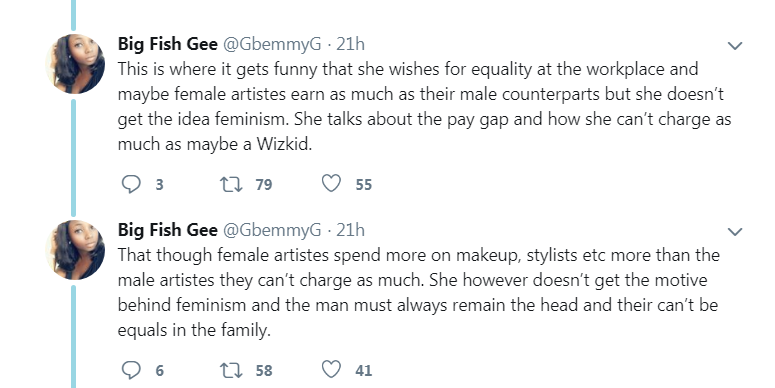 Let's get something straight here, it's good to want equal pay, that is what everyone should want, what shouldn't be thought of is attributing her low pay to gender especially when compared an artiste like Wizkid.

Judging from the information reported on Tiwa's speech, the truth is, she can't charge as much as Wizkid because of Starpower and not gender... which is why it looks like @GbemmyG came for her on Twitter because that is what we've seen most feminists do.

I think we can bring up gender if a B list male artiste gets paid higher than an A-list female artiste just because they're of different sexes but that is not the issue here. An artiste like Wizkid is huge and will always get more pay than an artiste that doesn't pull as much weight.

Next is Tiwa Savage wanting equal pay with an artiste like Wizkid because she has to make up and look pretty before performance. I don't think that should be a criterion for a high pay. I want to believe makeup and stylist comes with the territory and not every female artiste will demand same, but what should be fair is that female artistes be provided with what makes them comfortable with their looks for the performance, but that "time" to get that comfort shouldn't also be paid for, I mean, I want to believe stylists and makeup artists are on the organizer's budget and not the artiste's and if it's on the artiste's budget then that should be revisited.

Despite the time spent on makeup and stylist, artistes should be paid according to their worth and not according to their gender and if Tiwa is bringing what Wizkid is bringing to the table then she should charge same as Wizkid, but we know the answer to that already and that affects every single decision. It might not sound fair, life isn't fair, but even at that, this is as logical as it goes.