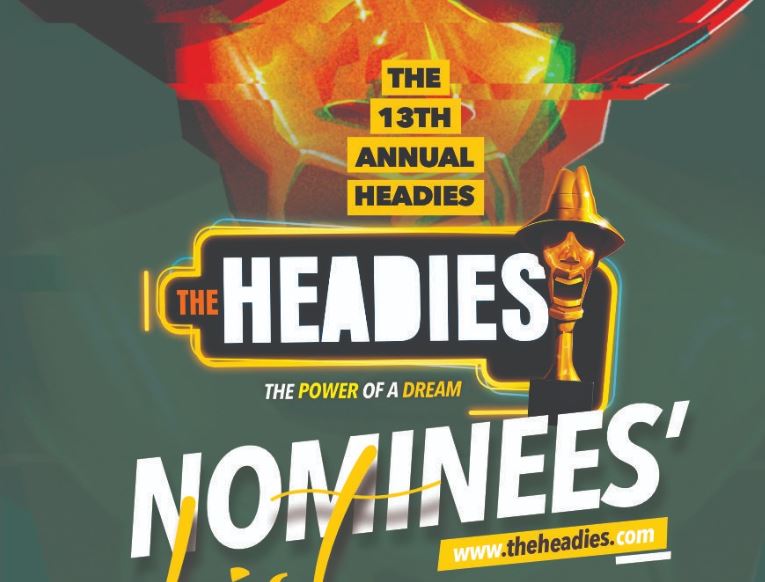 The rappers A-Q and iLLBliss, in their latest interviews, said something to the tune of understanding Nigerian Hip Hop’s shortcomings as it regards commerciality: to them, the fullness of the culture was yet to be embraced and milked for benefits. In a Hip Hop scene like Nigeria’s, over time, the spotlight has come to rest on a select few, the elites at the top. However, to appropriate all the focus on these artistes alone will prove to be dangerous, as they will fail to properly translate the diversity of the genre in the country and the immense prospect of each subgenre and movement.

And debate it if you must, but ever since there has been music, there have been rewards. The commercial could very well be affected, in part, due to an artiste’s popularity and in part, the team behind the artiste. If this is so, then one fancies a third party, an objectively accurate representation of the work being done by all artistes, regardless of clout. Award shows aiming at a level of credibility will do well to recognize this – but as A-Q suggests, “… Hip Hop is a culture. Rap music can never be as soothing as when someone sings; for you to love the music you must understand the culture. Once we can cultivate the culture the numbers will surely come in.”

These numbers the 100 Crowns' co-owner talks of forms part of a hybrid metric (will get into this later) by which albums and perhaps, movements, are judged. Hip Hop in Nigeria has successfully failed to move on to the great promise of its earlier years – with the likes of Naeto C and Ice Prince making Pop–influenced rap songs, it seemed like Hip Hop in Nigeria would, in some years, rise as it has done in America, and become the biggest genre in the country. This hasn’t happened, but there is, in the air, a gradual sense of revolution: Rappers are being allowed to be as diverse as their artistry permits; there are lyrical shots flying everywhere, promoting a vibrancy that keeps the fans entertained and engaged; the recent Headies’ nominations list.

For quite the time now, Hip Hop has had a problematic relationship with award organizations. Most infamously, rappers like Rapsody and J. Cole haven’t won a Grammy. Meanwhile, Cardi B, a relatively new bird in the scene, last time out, went home with the gramophone for her 2018–released album, “Invasion of Privacy” and there was outrage. Rappers in the first category (Cole and Rapsody) fall under the tag of “lyrical rappers” and then there was Cardi B, who didn’t match the technical dexterity of the duo of the North Carolina-born rappers. This, it has come to be believed, represents the ever-present clash between Hip Hop and formal recognition organizations. What do they reward, – this, the hybrid metric – the popularly acclaimed or the critically acclaimed? What are the consequences of fancying “one side” against the other? How threatening is it to the growth of the genre? 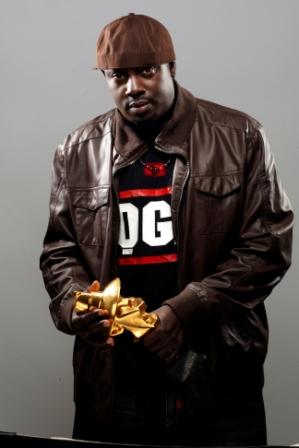 Modenine with his HipHop World Award

Mode9 famously has nine Headies, and for seven of those, he received for “Lyricist on the Roll”, a category which, according to the Headies, is “a non-voting category for the rap artiste with the best lyrical depth and performance on a single song or album.” While the word lyrical is subjective (Olamide is, depends on who you ask), depth suggests sophistication, in a language accepted as official, nationwide. These boxes do the punchline-connoisseur, the master of wit and wordplays, Mode9 tick. And so, the Headies rewarded him, six times consecutively, for this. But they had done a lazy man’s job by implying that for six years, Mode9’s skill level was unchallenged. And, him being the face of the game for so long hinted at a lack of vibrancy in the industry, a reluctance to evolve the 80s/90s boom-bap movement which Mode9 belonged to.

Vector and Jesse Jagz have clinched the LOTR award since he first did. These rappers, it would be observed, have lyrical tricks down their sleeves, but they also wield the ability to make a hit record. Vector has “Angeli” and a host of others, and Jesse Jagz has “Bad Girl” and his songs which, by virtue of their Rastafari affiliations and the Dancehall tag, are relatively successful. It is obvious what kind of rappers the Headies prefer to push: the Olamides and the Phynos; rappers who are popular as artistes (in any genre), and not really as rap artistes. The Headies, it seemed, were changing with the times. 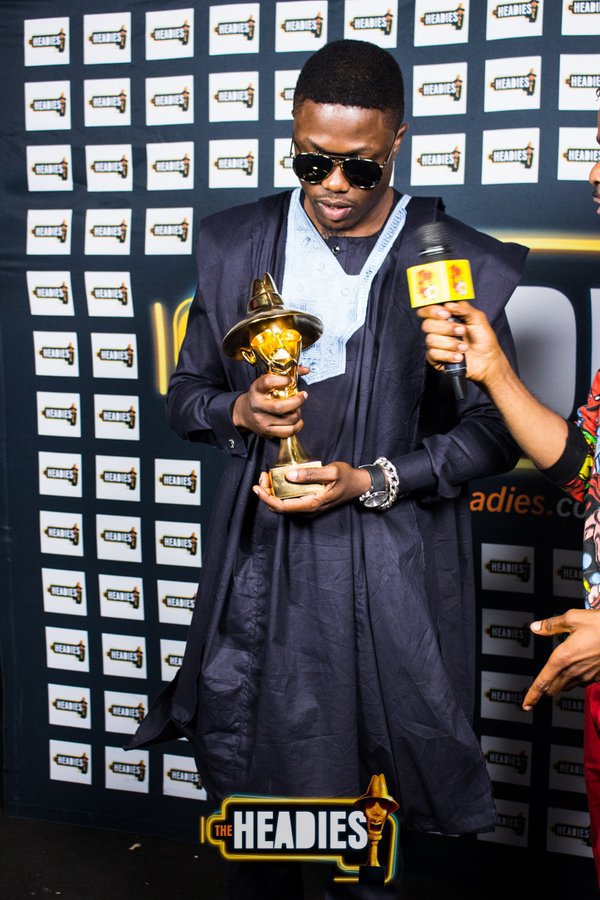 Vector with his Lyricist on the Roll Award

Yet, while these rappers were being honored with golden heads, others like Boogey, Rukus, Phenom, Khali Abdu, Sauce Kid, Erigga, Naeto C were being snubbed, therefore marking correct the assertion of a deep-down conflict with the genre – for one, its 3D nature wasn’t present, its boisterous culture unappreciated by an awards show that once went by the name “Hip Hop World Awards”.

Since as early as ten years ago, the Hip Hop scene has been in a kind of limbo. What presents the next turn of the genre, its next markers for evolution? Simply put, the current guard do. Artistes like Rema, Boogey, A-Q, Psycho YP, Alpha, Payper Corleone, Show Dem Camp, Phlow – these artistes are as diverse as they come, but they all fit under the umbrella of Hip Hop. Last time out, in 2017, the Headies, rather unwisely, sided with MI in “You Rappers Should Fix Up Your Lives”, an ego-driven record that proclaimed that no rapper was yet worthy to pass the torch to. It was a slap in the faces of the above-mentioned rappers. 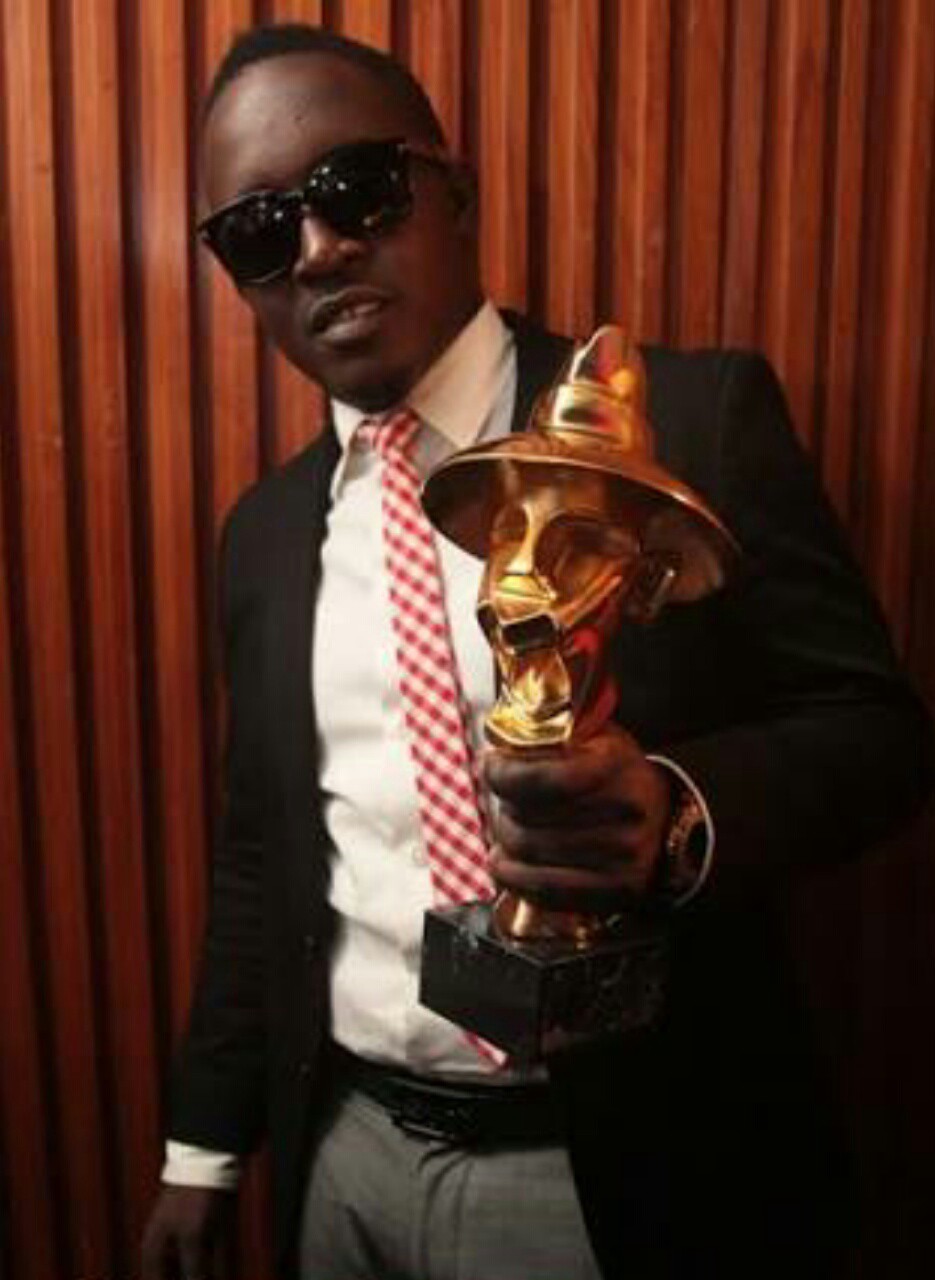 M.I with his Headies Award

In 2019 however, the Headies have taken worthy steps to correct their shortcomings. A-Q, Loose Kaynon, SDC, MI, iLLBliss, Boogey, and Erigga stand for the older guard, all of them veterans in their own rights; Payper Corleone, Alpha, Paybac, Ladipoe, Falz, and Hotyce represents a “newer” guard, custodians of the art form. These nominees, in their various capacities, represent an important movement, and often, they can be found spearheading these. For the first time in a while, non-enthusiasts can look at the Headies list and actually see a lineup that represents the diversity in Nigeria's Hip Hop scene.

Since last year, Hip Hop has been a close second to Afrobeats, popularity-wise. And as the artistes who keep the game alive drop cyphers and hold battle events, they release credible albums which, placed alongside the works of any other country, have a strong chance at emerging tops. Projects like Show Dem Camp’s “PalmWine Music Vol. 2” and "Clone Wars Vol. 4 - These Buhari Times”, Paybac’s “The Biggest Tree”, MI Abaga’s “Yung Denzl”, and Falz’s “Moral Instruction” show depth and range in style, musicality, and thematic preoccupations.

Sometime ago, a presumed member of the podcast show, Loose Talk, implied on Twitter via their official account that The Lost and Found’s (Boogey and Paybac) sophomore tape Alternate Ending featured excellent rapping from both emcees, but featured average and predictable production from its producers. He/she was duly reprimanded. It was as if they felt obliged to have an opinion on the album, but had not the patience to work through the fibers of its delicious self. Alas, the album is a tough nut to crack. Conceptual even, it features a loose line of storytelling which is to be patterned, streamlined, through the attempts of Boogey and Paybac to safely evade the limiting claws of “Industry guy”, a villainous character whose excesses open up the album on the aptly-titled “The Portal”.

There has been outrage, over the album’s failure to make the nominations for Best Rap Album but perhaps, rather than offer a perfunctory nod of approval, the Headies, failing to see the album as a top-three challenger, deemed it reasonable to exclude it altogether. Who knows, this exclusion might propel the tape to classic status even.

The absence of Ladipoe and Blaqbonez

On his 2018 debut album, Ladipoe, on a track, likened himself to a false nine. People conversant with football terms know that the false nine is a feint, an attempt to tweak the traditional rules of the sporting game. The false nine may most likely – unlike a Yekini or an Ibrahimovic – create chances, rather than take direct shots at goal. Ladipoe, the Mavin-signed rapper, is a fine breed of creator and scorer. His rapping style professes this. In my review of Talk About Poe, mention was made of his seeming competence, for he could make any type of rap song, and spice it up with input from any other genre. Ladipoe is more like prime Sauce Kid than a Mode9. TAP, the album in conversation, bears truism to this. It features hard-hitting bars and sultry hooks; stories of longing, and those of a double homicide.

More than just rewarding the visuals of the Johnny Drille–produced “Jaiye”, it could have been featured among the Best Rap Single, a nod to how diverse and beautiful rap can bend to in 2019. “Revival”, off the album would have been worthy of a place, too. 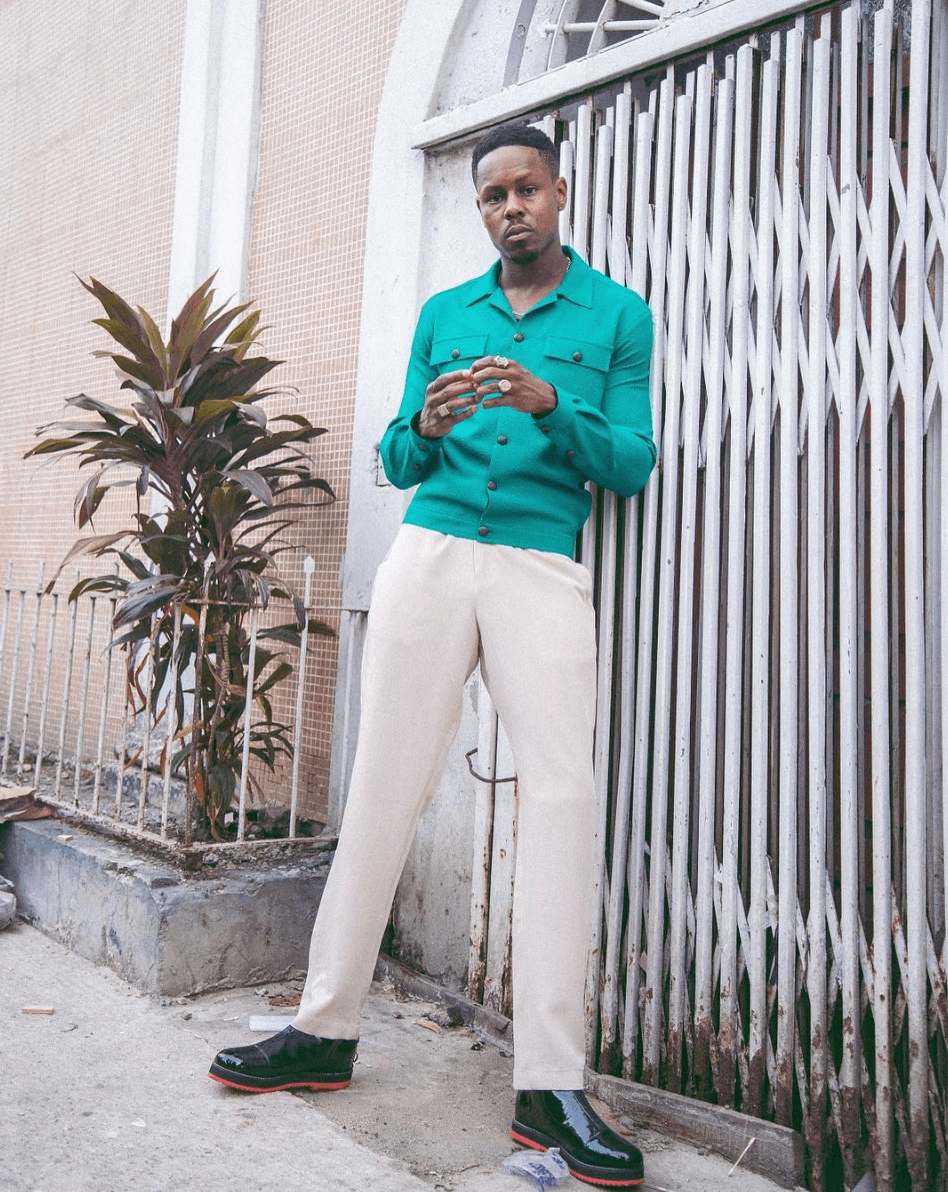 Ladipoe on the set of "Jaiye" video

Emeka Akumefule, popularly known as Blaqbonez, also missed out on the Headies. Rather frustratingly, he failed to make any categories. For someone “crowned” the Prince of Nigerian Hip Hop by virtue of his unique position right now, and also his affiliations with MI Abaga, it was a shame to see Bad Boy Blaq get snubbed, and perhaps a “Denied” or “Mamiwota” (with Oxlade) making the rounds for Best Rap Song and Best Collaboration respectively.

Blaqbonez has become the poster boy for new school rap in Nigeria, and it is a position that although greatly appreciated, comes with a lot of challenges. The “Best Rapper in Africa” tag was like a stay-away gesture from him to other rappers, rappers who have chanced a go at his crown. And, like a true emcee, Blaqbonez delivers, stepping to the booth each time he was required to, pulling up at rap battles and giving credibility to his own lyrics which, as one listens, is filled with loudmouthed brags. Blaqbonez’s tendency to be fiery, to rap his way to greatness, the insistence to not be marketed as a wavy Popstar as his Mr. Boombastic persona implies, is a revolution in its own right and it is a shame that the Headies don’t see it. 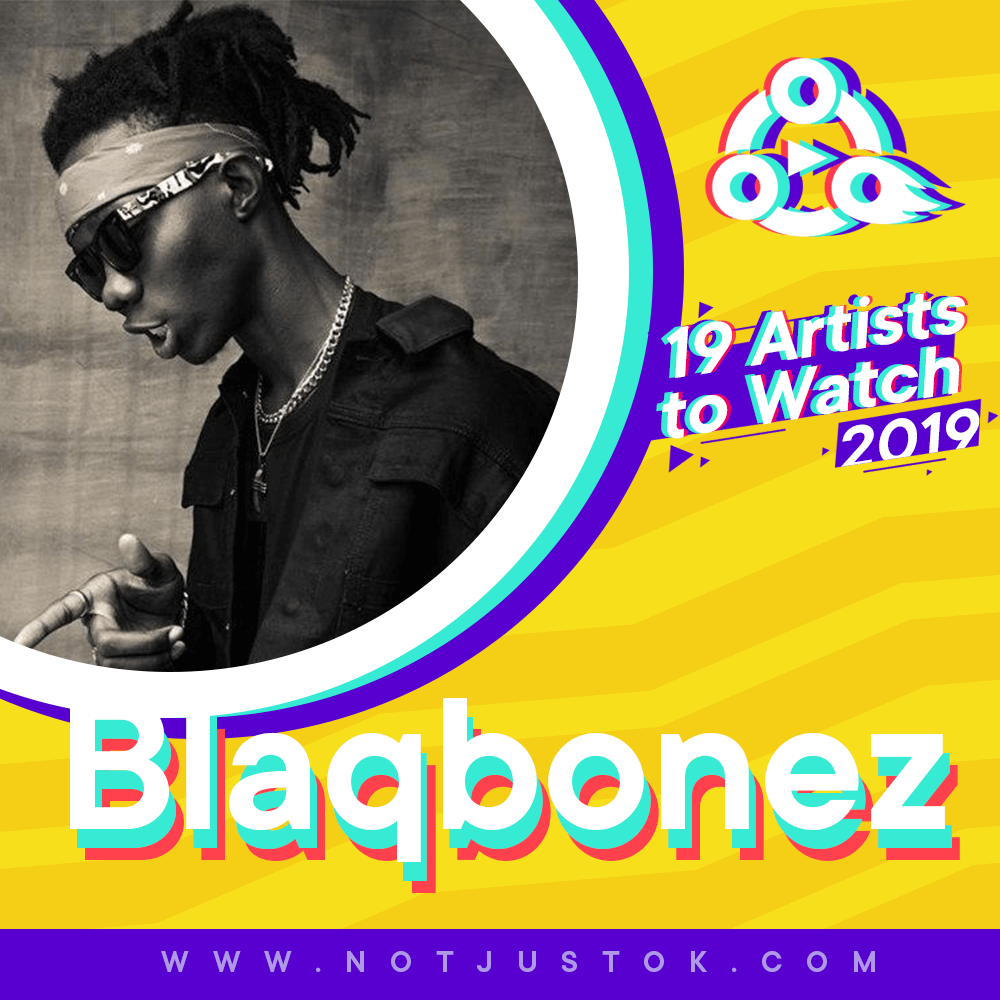 Surely, as someone on Twitter conjectured, in 2018, Blaqbonez kept the game alive. His snub is nothing painful but the Headies, alas, can only be so righteous.