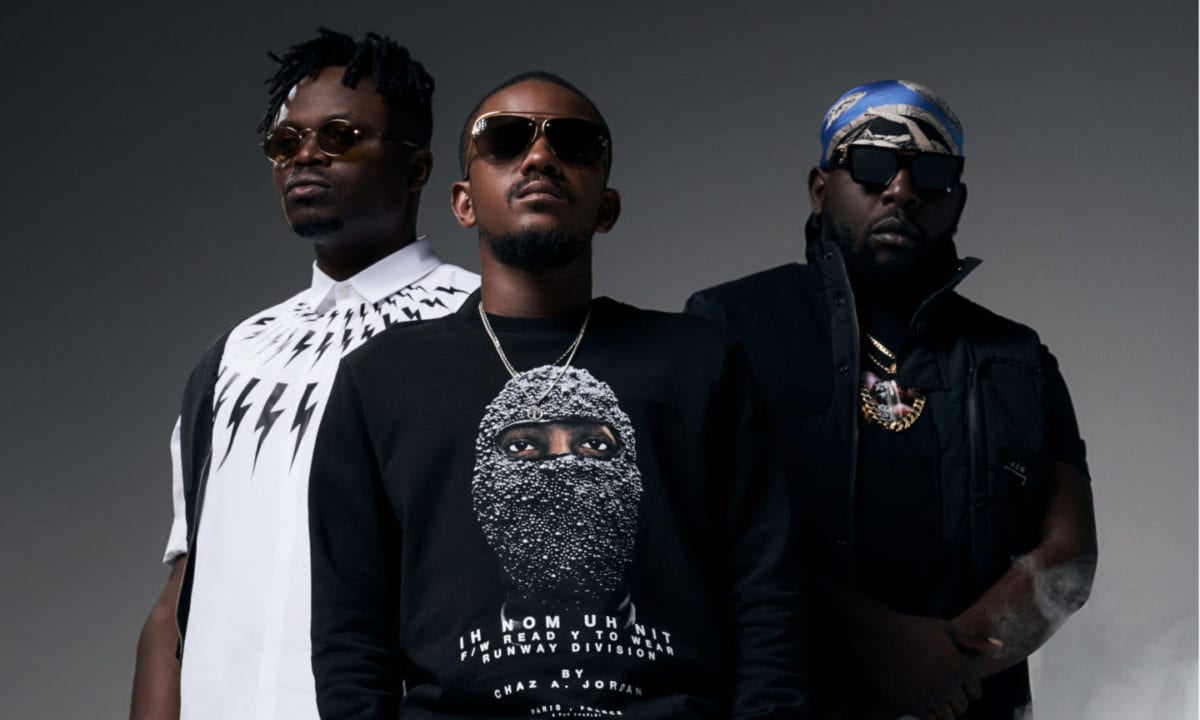 Last year, 2020 was littered with news about a raging pandemic, deaths of celebrities the world over, and widespread startling news such as uprisings across the world, but the one thing that remained constant was the effervescent nature of music. In a year bedridden by a deadly pandemic, music served as a uniting piece and a source of recourse for us. In 2020, the music space internationally and locally was flooded with a flurry of albums as well as the rise of sub-genres such as African Drill and the most lauded yet, Amapiano. Although Amapiano has been a mainstream genre in South Africa where it originated, it was not until 2020 that Amapiano catapulted into Western Africa, Nigeria in especial, with the Kabza De Small smash hit, Sponono, which featured heavyweights, Wizkid, Burna Boy, Cassper Nyovest & Madumane.

A nod to the ever-expanding recognition of Amapiano music was the emergence of Kabza De Small as the most streamed South African artist of 2020 on Spotify. However, way before the mainstream acceptance of Amapiano in Western Africa, the gospel of Amapiano had single-handedly been undertaken by Scorpion Kings - a two-man duo of veteran, Dj Maphorisa, and Kabza De Small. When I connect with Dj Maphorisa - one half of Scorpion Kings - over a Zoom call, the first thing I ask him is the inevitable question of how Amapiano was created

“Kwaito is originally from South Africa, the new kids came and took the influence of Kwaito and created Amapiano. Before, Amapiano was not really about melodies and putting soul to it, it was really about gimmicks like how Gqom sounds - the Babes Wodumo sound. It had soul, but it did not have vocals. I started adding vocals, but it started as an underground movement off the influence of Kwaito”

The meteoric rise of amapiano has positioned the genre at the forefront of Africa’s biggest music market, Nigeria. Nigerian artists such as Rema, Davido, Mayorkun, Zinoleesky, L.A.X., Olamide, Falz, and many more, have since relied on the influence of the genre to create a new rhythm for an ever-demanding audience and so far it has proven quite successful with songs such as Woman by Rema, Of Lagos by Mayorkun, and Kilofeshe by Zinoleesky dominating Nigeria’s most reliable charting metric, Apple Music charts. However, where the South African version of amapiano sparsely contains words and relies on the melody of the beat, the Nigerian version is often littered with vocals of the artiste. I ask Dj Maphorisa if the claims that Nigerians have hijacked the sound troubles him in any way.

“I like it when people get inspired because I also get inspired. For me, I am looking it at like 'oh they fuck with this thing'. There is someone who took Soweto Baby's beat and made a song and made it big. Mr Real took that beat and re-assembled it. He came to South Africa, we did a remix to the song he put out. For me, it's not a crime because I like to connect.”

Dj Maphorisa is not new to cross-continental waves. The DJ & producer has scored several hit songs in Nigeria and across Africa in previous years with songs such as the Wizkid-assisted Soweto Baby, the Runtown-influenced The Banger, Mafikizolo-assisted Khona, Major Lazer co-produced Particula and many more. He has also accrued production credits on global hits such as Drake’s 2016 summer anthem, One Dance. Collaboration is akin to DJ Maphorisa. He was once a part of the trendsetting group, Uhuru, who are famed for their work with Davido and Mafikizolo. In 2019, DJ Maphorisa joined forces with Kabza De Small to form Scorpion Kings - a duo committed to championing amapiano. 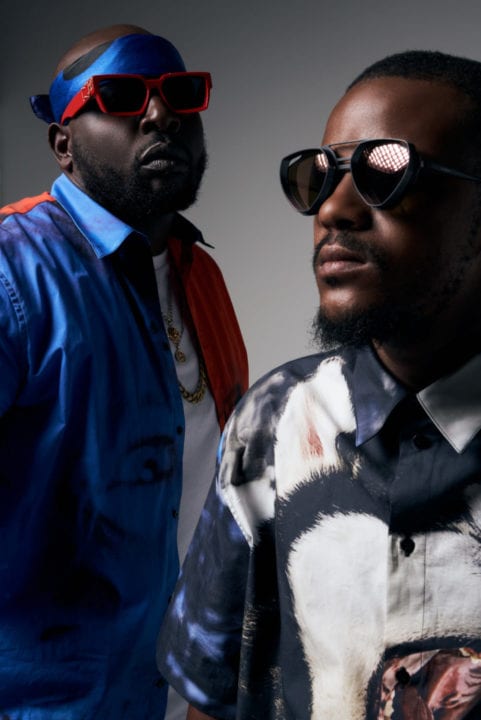 Why the name scorpion kings? I ask Dj Maphorisa

“We are November Boys. Kabza is 26th, I am 23rd. We were like Scorpio sounds cool so let's call ourselves Scorpion kings ”

Why did you decide to make amapiano?

"Wizkid made me realise amapiano really is a dope sound because when we go to the clubs, he’ll hear a beat and he’ll get goosebumps like “yo bro, can you please get me this beat, this beat is dope”. With us here, we make a lot of instrumentals, kinda like underground beats where you only hear the clap and it made me realise this sound is really dope. Back then, it was like 3 or 4 years ago when Amapiano wasn't that big. In the beginning, I tried to make some beats and stuff, obviously, that didn't work out but I was keen, and I started working with people and then boom with Kabza de small. Me and Kabza, we clicked. We started making beats."

Since their coming together in 2019, Scorpion Kings have released four albums with the last arriving in April of 2020. Scorpion Kings have garnered a reputation for putting out music freely on the internet, DJ Maphorisa says this was a very intentional move especially with growing the genre and the reputation of scorpion kings.

“Our market is different. People who use Android, they are not really buying music. Android is really accessible, there are a lot of people who use Android. I realised people with Android can make the music grow. They post a lot of videos, they express themselves & that helps the music grow. People who do not use Android have to stream. For example, I thought if I drop the song on Itunes and android gets it later, the hype is not going to move. If I drop it for free, everyone gets excited, and it moves.” DJ Maphorisa says casually

In December 2020, Scorpion Kings released a collaboration with South African popstar & three-time winner of the best pop album in South Africa, Tresor, titled Funu. An eclectic amapiano song that fuses native African languages over amapiano bass lines. Later that month, a collaborative album between Scorpion Kings and Tresor titled Rumble In The Jungle was announced. When I speak with Tresor over Zoom, he is in his home studio in South Africa and I am in Lagos dealing with the humid weather. I ask Tresor why he decided to make amapiano music at this time

Although Maphorisa and Tresor had known each other for about six years, it was not until recently during the government-imposed lockdown where they worked on a song campaigning against the spread of COVID-19 that the idea for a joint project sprang up 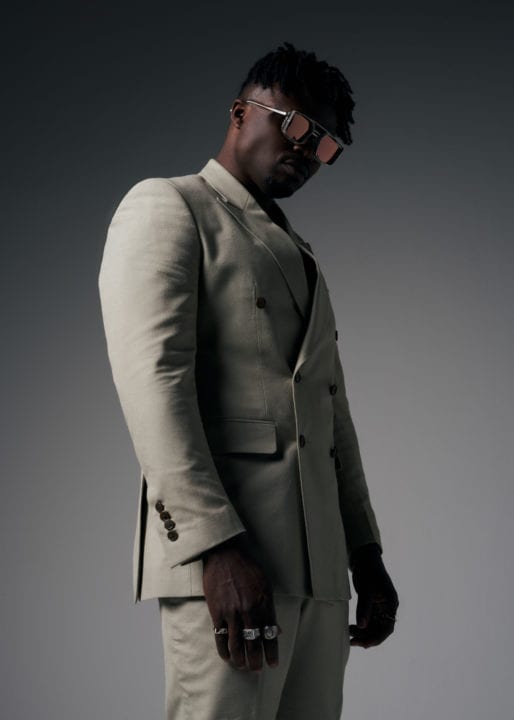 “I am not one to jump on trends but Maphorisa introduced me to Amapiano in Lusaka, Zambia. I knew about the Amapiano sound but I was not into it until Maphorisa and I were headlining a festival about three hours outside of Lusaka. He played me a couple of songs while we were driving. In 2020, we did the project during the lockdown, everything took about four months” Tresor tells me.

Originally from Dr Congo, Tresor moved to South Africa as a refugee after being orphaned at a young age. He worked different jobs on the streets as a valet, security guard and gardener before breaking out as a songwriter, with his major gig coming as a songwriter for South African singer, Zahara.

According to a story I read, you just hopped and came to South Africa? I asked

“I was young, I was naïve. You know when you are young and trying to make a better life for yourself. I love South African music in general. I came here because of music, and the South African influence can be heard in a lot of stuff I do”

Trevor’s infusion of languages such as Swahili, French, Yoruba and many more into his music makes the forthcoming collaboration with Scorpion Kings, Rumble In The Jungle, a delight to look forward to as the lyrics cut across several parts of the continent.

“What are you expecting from this project?” I ask Tresor, my final question

“It is different from the music I am doing. With this project, I went back to the roots, the music I grew up listening to and the songs I used to sing to when I was young. You hear a lot of Papa Wemba, Salif Keita influences, and I think that is the fun part. I think the music is going to travel around the world because it is authentic and it is different.” Tresor says, with expectation in tone and confidence in his voice.

Rumble in the Jungle is currently scheduled for an April release.