The Artistic Progression Of Adekunle Gold In 5 Songs 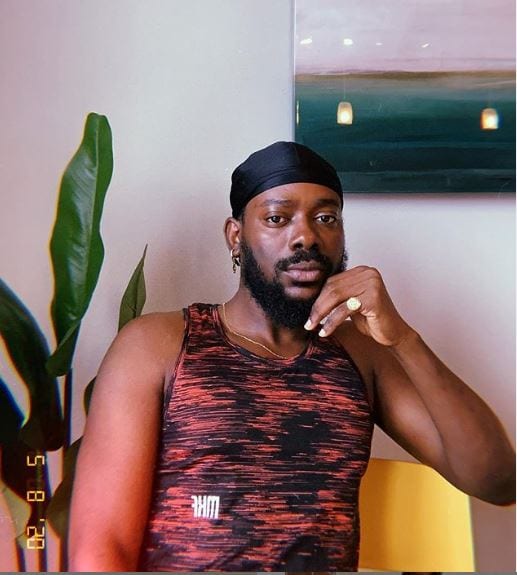 In 2015, when Adekunle Gold emerged as an artist, the sound him for we know today wasn’t his opening trick. For that first piece of Gold magic, we got “Sade,” roaring with emotions packed into local setting, inspired by One Direction’s “Story of My Life.”

Adekunle Gold snatched 2015 and that same year his first record deal with YBNL, floated by ace rapper Olamide. Two years later his debut album Gold would see release, to much acclaim. But before then three singles pushed the body of work to a nation which quickly fell in love with Adekunle Gold’s sound.

Pouring his Highlife instincts into songs of affectation and instruction (sometimes prayer, appreciation, etc.), Adekunle Gold released “Orente” and “Pick Up” successively, two of his biggest singles and whose popularity firmly established his sound, furthermore his brand. A good musician with conservative interests, Adekunle Gold was the artist your father was likely to invite in for a drink, responsible with Adiré shirts and a clean Afro.

About 30, the artist’s sophomore, parlays that intrinsic ability for catchy relatable jams into a more political Pan-African leaning (See: Mr. Foolish). The utopia of his romantic landscapes gave way for more complex relationships (See: DAMN DELILAH). Per Ladipoe, the artist will always evolve faster than the fans. But he or she owes it to the paying community to carry them along, to show working when needed, and that’s what Adekunle Gold and his team achieved, even as we watched him evolve ever gently, first from that harmless lover boy of Gold to the outspoken yet introspective demeanour which stamps About 30.

And now, AG Baby, the Afro Pop aficionado, this Adekunle Gold with something different to offer, this one with wide-eyed curiosity for genres and fashion, dread locked and muscled, the desire of ladies who must have thought him too simple all those years back. Musically, Adekunle Gold is in another phase of his artistry and with an album on Friday paying homage to that, we thought to chart the process in songs.

In the video of “Orente”, set in a remote village, Adekunle Gold and his beautiful love interest has hordes of admirers and inspire joy in the faces of those they encounter. Playing with these lovable scenes is the midtempo record, an update on ‘she loves me’ literature, a ballad which is as tender as the displays of affection it inspires in visual.

This is lover boy Adekunle Gold, the one who’ll do anything to keep a woman happy and very often, turns to sentimental picnics and song writing to pull it off, employing a flagrant burst of Highlife to mix with some pop, selling himself as the gentleman with the warmest smile.

If one needed a lyric from this song to chart Adekunle Gold’s progression from perfect boyfriend to apt detailer of romantic complications, find it here:

“I used to think you took my breath away

I lied I was choking on your bullsh*t”

“DAMN, DELILAH,” as its title suggests, is the damning account of the good-but-played guy’s tale. Adekunle Gold, obviously, is here extending the reach of his love records, no longer the dreamy guy with eyes on sentimental events. Even the Highlife sound seems to have mellowed, allowing for more modern production as suitable for the themes engaged.

On “Call On Me,” Adekunle Gold reaches mid-point in his journey. Yet a lover boy, he’s however unlocked a charm to his person, and instead demands to be called by a love interest, rather than make the approach as he’s done in the past, making a lady’s time worthwhile by saying and doing whatever he thinks will appeal to her.

Here, Adekunle Gold even steers away from the African type drums and direction, settling into EDM-driven production, featuring upbeat synths and (presumably) Simi’s vocal sample on a loop. Artistically, the first seeds of who would become AG Baby was being sown, and you could hear it in the optimism of that chorus: Adekunle Gold was growing into relationships and developing some character himself!

After the announcement of a third album some months before, Adekunle Gold begun the rollout of Afro Pop Vol. 1 and was in a couple of interviews, speaking on how his team and himself managed the transition from “Orente” AG to “Something Different” AG, two phases of one charted evolution, both markedly different via the physical changes he’s undergo since then –the avantgarde fashion, the bodybuilding and dreads– and (more importantly) the broader scope of his excursions into the love theme which dominates much of Pop music.

In wake of the events of 2020, few songs have been able to clear themselves as outright hit songs (heavy rotation in every medium they was: physical and on charts) but “Something Different” is somewhat a clear contender among the year’s biggest records.

Here Adekunle Gold is disappointed yet again by a woman (‘think say na you go hold me down’) but that’s not only where the artistic progression lies. It’s in the choice of lyrics, the repetitive and quite simple rhyming which, easily, is a tipped hat to Adekunle Gold’s arrival on mainstream shores. No longer a niche act, AG Baby should appeal across board and “Something Different” is the lover record fans of “Orente” might bump, but perhaps irreversible on the flip side: newer fans of AG Baby might not like the older record owing to the simple fact that it didn’t speak the language of contemporary Afro Pop.

Putting out the final single before the full album dropped, Adekunle Gold took a detour from the string of love releases, to remind us who he is just before it’s out in our faces for real.

“AG Baby” is quite an imposing song. Produced by TMXO (known for his stirring usage of otherwise simple drum patterns), Adekunle Gold wears his hard work on his sleeve, a realized man and artist, confident and sexy, as the two often go. The electronic flourish of “Call On Me” is updated here and there’s a soulfulness infused through the pre-chorus which portends –marking the peak of this Adekunle Gold phase– the emotional maturity of the new AG and his grasp on the workings of the mainstream, although he may subtly drown these in fresh sounds.